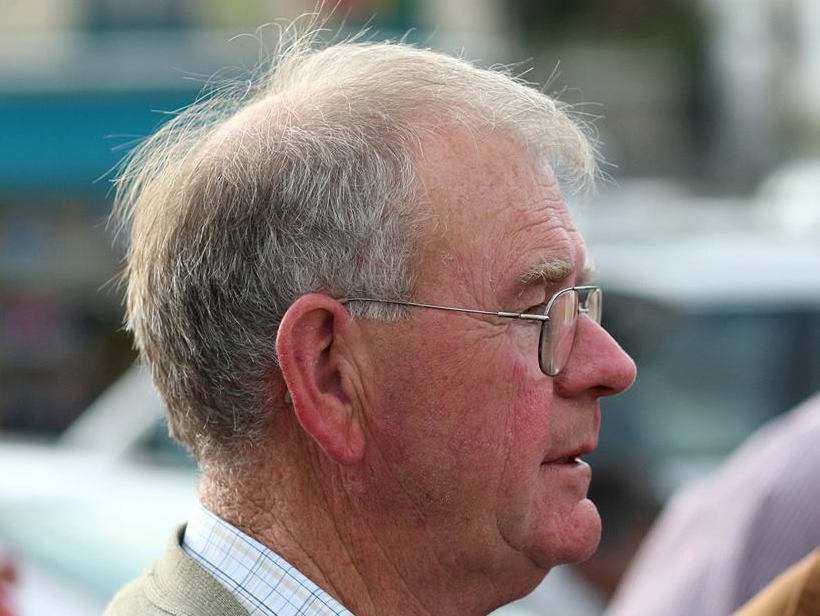 St Eunan’s Cathedral in Letterkenny was packed to overflowing today as the public showed their respects and bid a final farewell to Anjo Duffy.

Anjo passed away suddenly on Thursday last and has left a huge void in the lives of the many people he touched.

St Eunan’s GAA club, of which Anjo was a proud member, formed a guard of honour as his remains were brought into the cathedral for his funeral mass.

His mass heard of a man who was a loving husband, father and grandfather as well as being a true friend and neighbour to so many.

A testament to how deeply he was thought of in his local community was displayed by the hundreds of people who visited the family home at Charlie Daly Terrace at the foot of the town.

Nobody uttered a word or thought anything of queueing up in the November cold for up to two hours to say goodbye to Anjo.

Although originally from Ballybofey, it was here that Anjo and wife Elizabeth reared a family and enjoyed so many happy times together.

The couple have five children Ian, Eugene, Anjo, Denise and Lisa as well as several grandchildren, all of whom Anjo doted on.

Among the items brought to the altar were a football for his love of sport and also a screwdriver which reflected his ability to help those around him.

His coffin was carried to his final resting place at Leck Cemetary by his former colleagues from St Conal’s Hospital.

He was taken from us too quickly and we will miss his familiar figure standing outside his home at the foot of the town, cigarette in one hand and an always ready salute with the other.