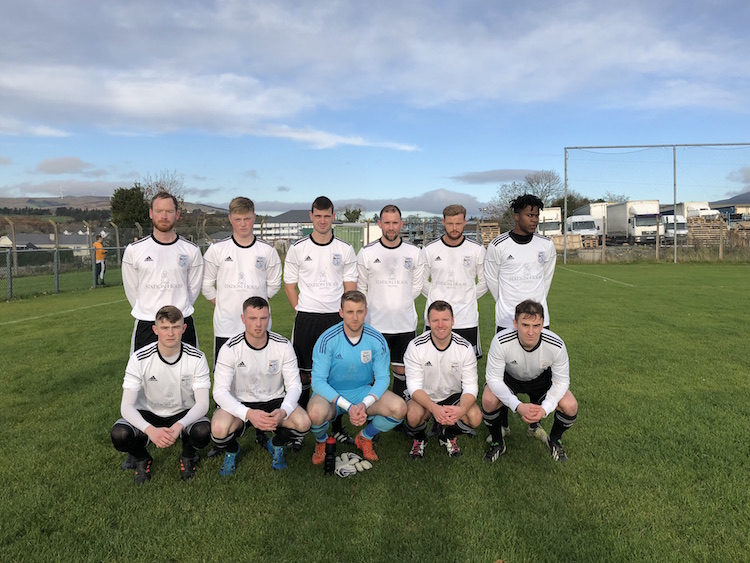 Even at this early juncture, Jonny Bonner’s 32nd minute penalty that Letterkenny Rovers a win in Cockhill, could prove a seismic moment.

Rovers have maximum points from their five Four Lanterns Ulster Senior League outings this season and Bonner’s spot kick was the difference here as Eamon McConigley’s men got one up on their arch nemesis.

Just a couple of weeks after posting a 5-0 win over Cockhill in the Intermediate Cup, Rovers delivered another statement win at the Charlie O’Donnell Sports Ground.

Bonner, one of the Cathedral Town men’s summer recruits, stepped forth to emphatically slam a penalty beyond Lee McCarron after the Cockhill goalkeeper was deemed to have fouled Luke Nelis.

Bonner made no mistake to put Rovers ahead.

It had been a cagey contest until that point with only an ambitious Bonner attempt – from inside his own half – of note. Bonner almost caught McCarron off guard, but his effort dropped wide, to the relief of the hosts.

In added time at the end of the first half, the lively BJ Banda skipped out of bounds after being fed by a delicious through ball from Bonner. The Rovers striker would have been expected to get a shot away from that position.

Rovers had to weather an early storm with Cockhill enjoying a lot of possession and forcing a number of early set pieces, without testing Rovers ‘keeper Rory Kelly.

Cockhill were indebted to a superb Gareth McNamee block to deny Nelis six minutes into the second half. 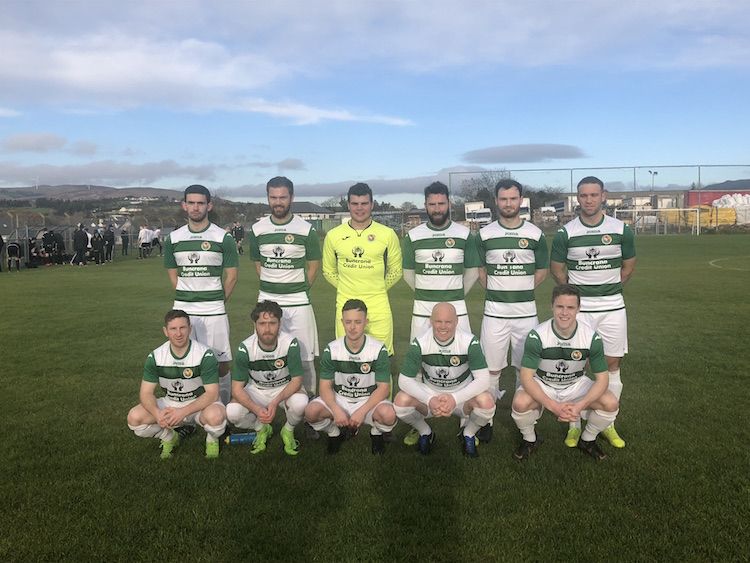 Kevin McGrath worked his way into the box and squared to Banda, who might’ve been expected to apply the finish. Instead, the chance was presented to Nelis, but McNamee intervened at the vital moment.

Banda flashed wide as Rovers – for whom Chris Malseed had a superb outing in the engine room – set about putting the issue to bed.

Cockhill weren’t going to lie down without a fight. Gerard McLaughlin had too much elevation as tried his luck from 20 yards and Jimmy Bradley’s sweeping header failed to test Kelly.

Cockhill did have the ball in the net when Laurence Toland – the Inishowen side’s hero of the hour last year in both League play-off and League Cup final against Rovers – steered past Kelly. The offside flag was up and Cockhill were incensed with Toland appearing to have ghosted in from an onside position.

At the other end, Odhran McMacken drilled dangerous across the goal face as the clock ticked.

Soon, though, Packie Coll shrilled full-time and Rovers were lifted with a win already feels as if it could been a key moment win the tale of the 2018/19 tape.