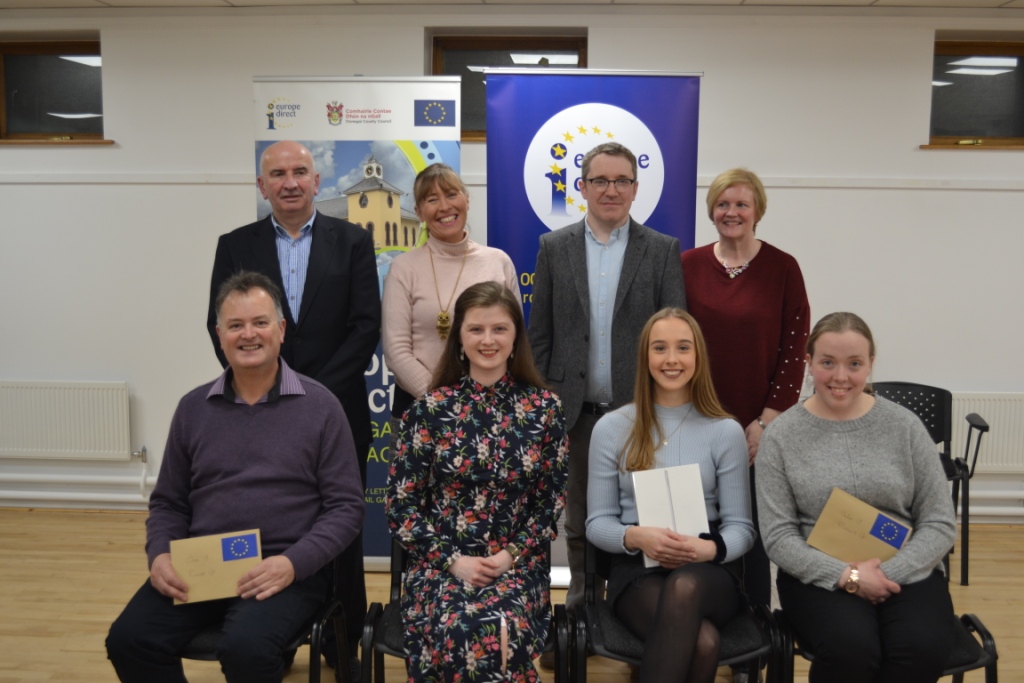 Soapbox debaters to represent Donegal in the National Final

Two talented speakers emerged as the winners of the regional final of the EDIC Soapbox Competition in Donegal last week.

Lauren McMahon and Laura Diver impressed the judges to make it through the Europe Direct Information Centre annual competition in the Central Library Letterkenny on November 8th.

The theme of this year’s debate was “European elections: Every Vote Counts”. There were 7 contestants on the night and each gave a speech for or against the motion. 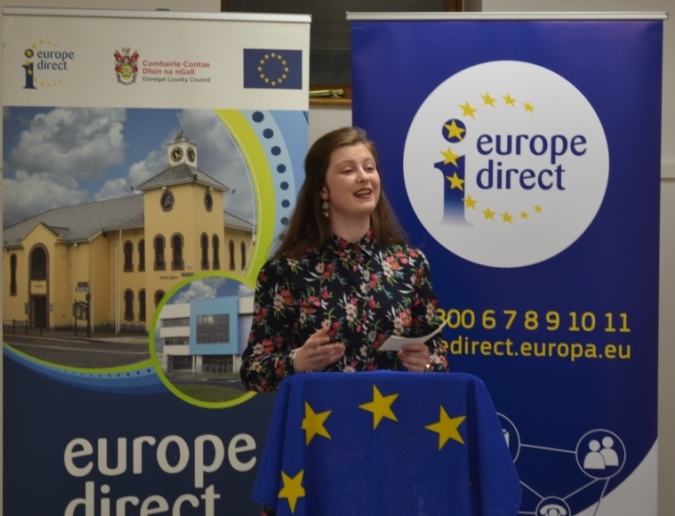 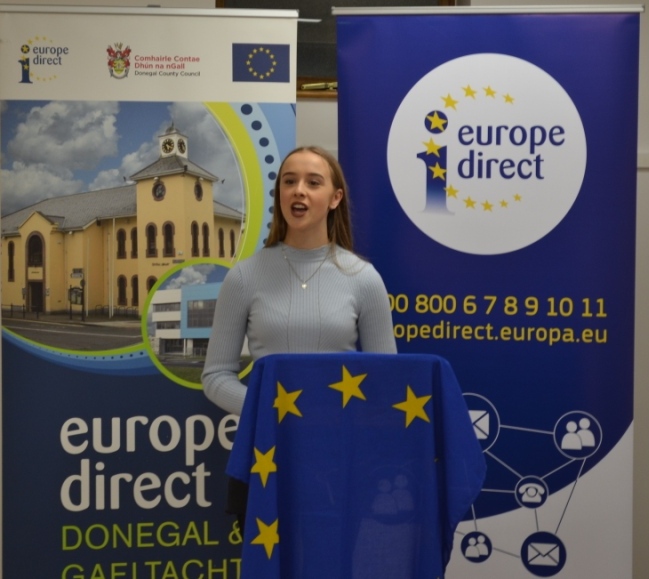 The Soapbox competition is an annual event hosted by the Europe Direct information Centre Donegal and Gaeltacht based in the Central Library Letterkenny. The centre provides information on the work of the European Union and answers questions for citizens on EU law.

The evening was expertly hosted by veteran Donegal broadcaster Charlie Collins and the speeches were marked by a judging panel of Rosemary McClafferty of Donegal County Council ; Deirdre Hines local author and poet and Rory Gallagher, manager of the Europe Direct Information Centre Donegal and Gaeltacht. 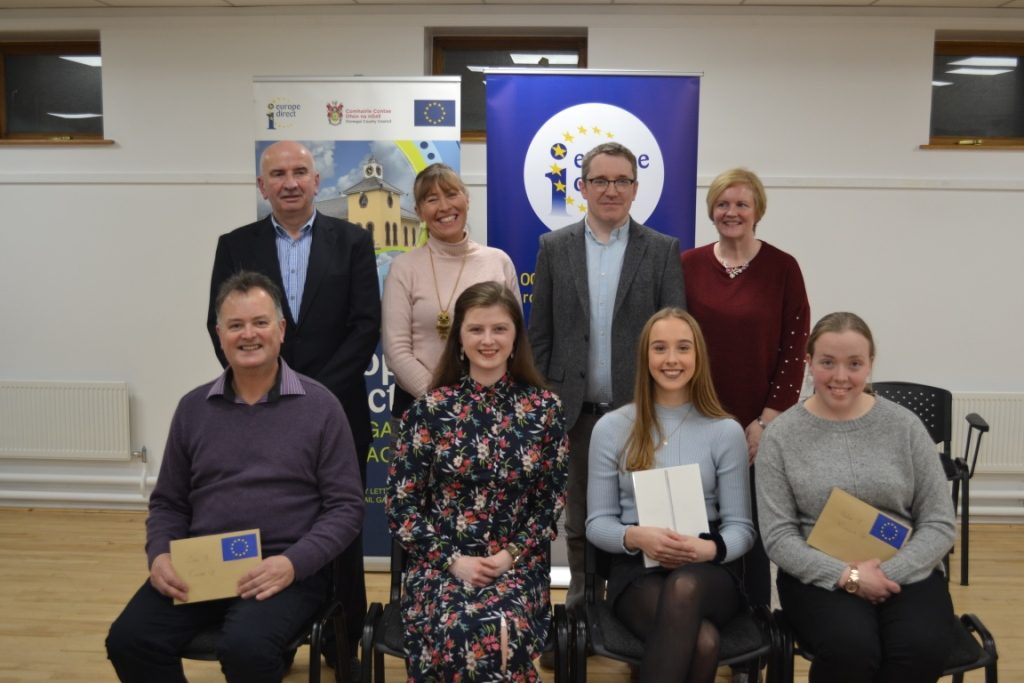 The winners in each category received an iPad as a prize sponsored by the European Commission.

The two winners will both go forward to represent Donegal at the National Finals taking place in the Royal College of Physicians on November 27th.