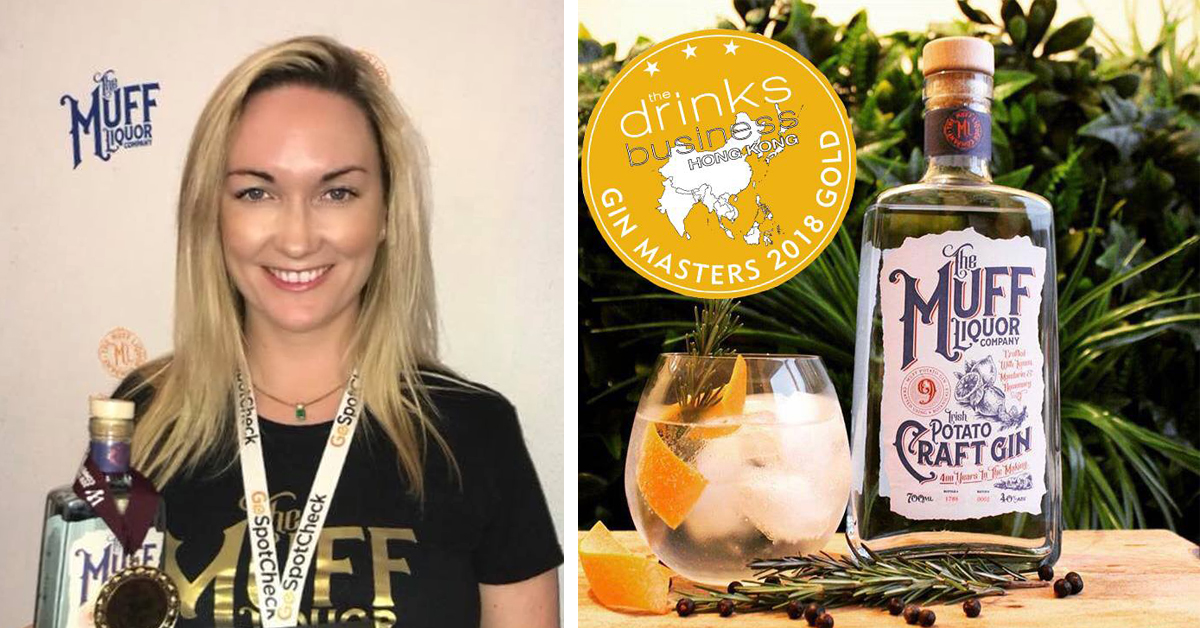 The makers of Muff Gin from Donegal have set their sights on worldwide popularity after victory in the ‘World Gin Masters – Asia’ competition.

The potato-based craft gin from Inishowen impressed the judges to win Gold in the premium category of the Hong Kong-based awards.

Following a year of record-breaking gin exports to Hong Kong, the Muff Liquor Co. founders Laura Bonner and Tom Russell are now planning to tap into the Asian market.

Entrepreneur and Greencastle native Laura Bonner says: “Hong Kong and China were always our main market from the get-go. When I was working in China we held focus groups there and the recipe is actually based on local tastes.

“Our gin is sweet and smooth, not sharp, and the Chinese love the history behind it,” she said.

The inspiration for creating quality handcrafted liquor came from Laura’s grandfather, Philip McClenaghan. He was a well-known Donegal potato farmer and poitin maker, who is central to the company’s story. 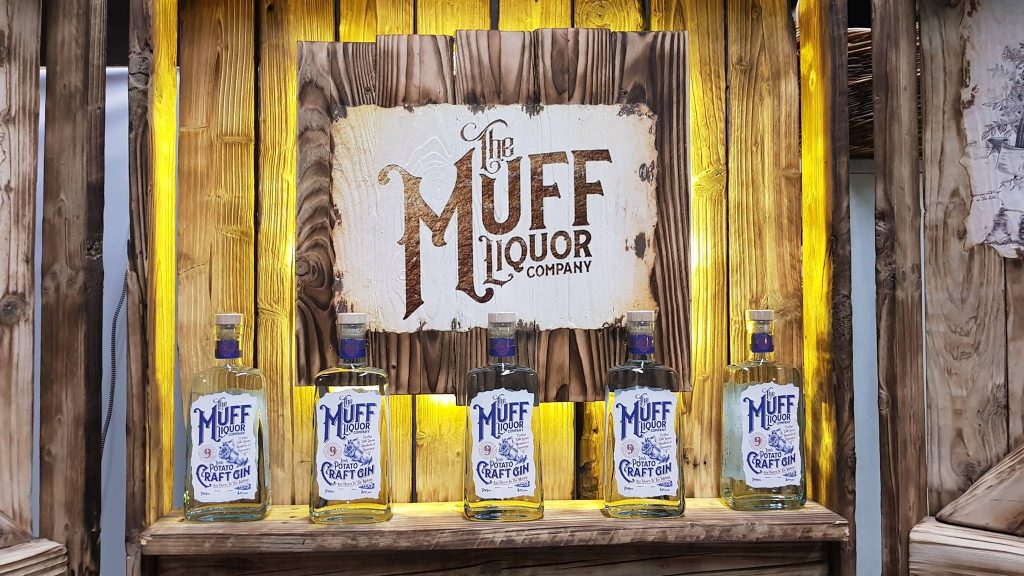 For a gin that launched just 9 months ago, it has been tickling taste buds at events all over the world – with Laura and her team travelling along with it to tell their story.

This is the second international gold medal victory for Muff Gin. They triumphed in Las Vegas six months ago at the Wine & Spirits Wholesalers of America (WSWA) 75th Annual Convention & Exposition.

Winning the Asia Masters was another confidence booster for the new brand.

Laura said: “It was amazing to win. Again I wasn’t expecting it. When I got the phone call I was ready to scream.

“It’s always good to be acknowledged for something you’re passionate about doing. You put in so much work and to get a phone call like that makes it all worthwhile.”

Muff Liquor Co are planning another major move next week with the launch of their vodka.

The spirit will be available online before being rolled out to stores in the New Year.

After many taste tests, Laura is confident that the vodka will be just as big a hit as the gin. And it’s clear that she developed a taste for success in global competitions.

She said: “We’ve been travelling so much that it’s a pity we couldn’t get to Hong Kong to collect our medal, but hopefully we’ll win again next year.”