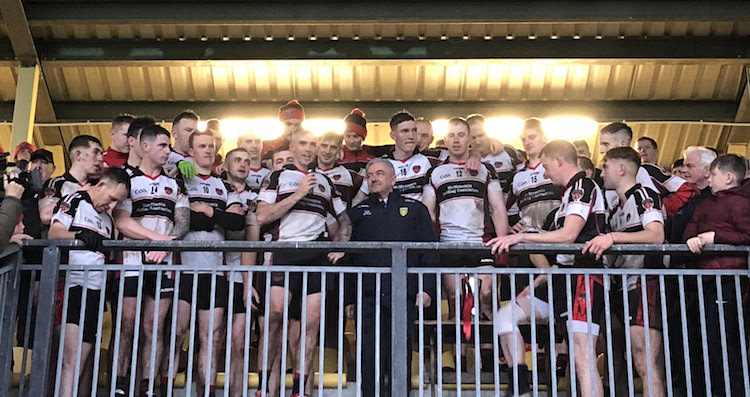 Red Hughs manager Seosamh Mac Ceallabhuí has expressed his concern that one of his players is being pressured into playing for his college just two days before an Ulster final with his club.

McMenamin is a student at DIT, who have a Division 1 League relegation play-off pencilled in for Thursday evening. DIT are scheduled to face Cork IT in Stradbally.

“It is a player welfare issue,” he said.

“I have contacted DIT and expressed my concern.

“It is poor taste that an educational establishment are basically threatening a student. They’re supposed to be bigger than that.”

Red Hughs have defeated Con Magees and the JFC favourites Emyvale to reach the final.

Mac Ceallabhuí added: “At this stage it is the biggest game in Red Hughs’ history. The club has been in senior finals, but none of these boys remember much about them and the Ulster thing is a bit more adventurous.”