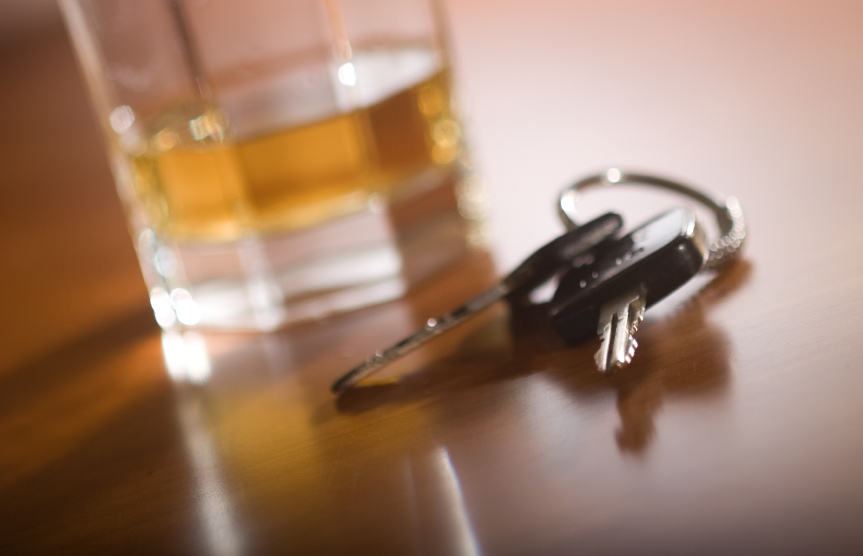 DD Motoring: What is the new legal drinking limit for drivers?

In our motor column this week Brian McDaid tries to figure out what exactly is the amount of drink that the new legal limit allows for drivers.

A table of what the One Unit of alcohol looks like in everyday measure of drink.

Before this, it was 80mg per 100 millilitres of blood limit had an approximate guide of that was an average man could drink four units of alcohol or two pints of normal strength beer and remain within the law. Women could drink three units or just one large glass of wine of average strength.

The big question now with the new lower limits is how safe is it to have even one single pint of beer (Two Units) and get behind the wheel. In theory, the human body is supposed to be able to absorb and clear the trace of one unit of alcohol in one hour from your system.

Back in the day drinking and driving was the norm and not that far back in my distant memory was it the norm for drinkers to nurse the car home after a night out drinking.

Irish society had a lot to answer for this back then because while it was acceptable to head out for a drink and take the car with you. So-called well-meaning people would express their concern if your car was spotted outside a pub the next morning.

This week I enjoyed a lovely pint, minus the car of course, in an old pub in Letterkenny which was refurbished to look even older than originally.

That was Nellie Mc Governs Bar and Lounge on the Main St. now called McCafferty’s

On the walls are old classic pictures of old iconic people all beautifully finished in an old world, it got me thinking and reminiscing of what this pub was really like back in the day.

Nellie ’s was famous for a good pint. Originally it was a bottle of Guinness that was carefully partly poured slowly onto the side of a tall schooner glass and then placed on your Phoenix beer mat.

Beside that your half of whiskey and if you were a regular you also got a jug of fresh water placed beside for your own use.

In front of that was your ashtray where you could sit enjoy your Major or Sweet Afton cigarette.

Nellie was sharp but fair. And many the one fell out with her and the small Cavan woman wasn’t afraid to show you the door. Outside your car was parked up with the wheel cut in resting against the kerb, no one really trusted handbrakes in them days particularly if they were parked on a hill as was the case outside Nellie’s on the Main St.

Drink and driving was the norm back then and to add to this our old Ford Anglia Estate (HIH 866) never had a starter motor that worked, a ring gear problem apparently.

So our car had always to start with a push then kick-started it in second gear.

It was a regular sight to see our car free-wheeling down past Nellies to it got up a bit of speed before it fires up when the clutch was released.

It would have been unheard of back then to leave your car at the pub overnight because people would be chatting the next day especially if it was a Sunday and all the shops were closed and a car was abandoned outside a pub overnight.

Well-meaning people would be chatting so it was safer to nurse the car home someway.

In Nellie’s, there were four of five high stools behind a tall bar counter men only were allowed to sit in them if the men weren’t regular customers they would have to give up their seats at the bar if one of the regulars came in.

Nellie pictured with her flowery dress with a group of musician in Nellies many moons ago.

If a lady came into the bar her drink would have been set up on one of the lower tables in the bar finished off in red Formica tops.

When Guinness on draught came into fashion nellies locals were slow to move over from the trusty bottles but soon the spatulas were at the ready to scoop away oversized heads as Nellie and her barmaid Madge soon mastered pulling the perfect pint be it Guinness, Smithwick’s or Harp.

Guinness was very good because of the short distance it had to travel from the barrel under the counter to the bar a couple of feet above at the tap.

Soon the word was out that Nellie pulled the perfect pint in Mc Governs Bar on the main St in Letterkenny in the sixties and seventies but would always close for the Letterkenny Folk Festival.

Officially anyway. The front door remained closed and regulars had to go to the side door to gain access in a world where Nellie just wanted everything to just stay the same.

We spent our days as children a lot in Nellie McGovern’s with my father who enjoyed a drink in his day.

That was a long time ago and sadly I was the only one of my brother who had a pint in Nellie’s that was only on one occasion on my 21st and it was Nellie that put up the pint for me.

If my father was living today he would be 90 this year. Sadly he was taken from us far too soon from this life 28 years ago and 20 years after he lost his wife. His way of rearing us wasn’t ideal but he got there and sadly he never got to meet any of his next generations.

This is “NOT” Freds McDaid’s Rolls Royce pictured outside Nellie. Ours was a little old and hadn’t even a starter.

Caoimhe Shauna, David, Brendan and Niall are all grown up now and following their own paths in life.

Over the next few weeks, the new lower limit which is already in force will catch out drivers that think that they are still within the drink driving limits so the best advice is not to drive at all if you having to drink and that includes this morning after the night before.

DD Motoring: What is the new legal drinking limit for drivers? was last modified: November 14th, 2018 by Brian McDaid