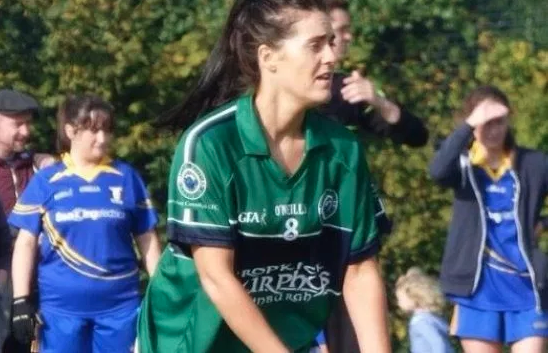 Feeney and Dunedin Connolloys lost out in All-Ireland semi-final

There was no joy for Cloughaneely woman Karen Feeney in today’s All-Ireland Intermediate Club Championship semi-final.

Feeney’s Dunedin Connolly’s lost 4-10 to 1-9 against Emmet Og from Monaghan in Aghabog.

Ellen McCarron was in inspirational form (the Monaghan star finishing with 2-3), and Chloe McBride netted the other two goals, as Emmet Óg took control in the second half of a thoroughly entertaining game in front of a big crowd.

British champions Dunedin Connolly, based in Edinburgh, were still in the game at half-time but an unanswered 1-5 from the home side in the third quarter opened up an insurmountable gap, 3-9 to 0-8, that they just could not chase down.

Two goals in the final minutes of the first half from McBride and McCarron gave Emmet Óg a 2-3 to 0-6 half-time lead.

The home side found themselves 0-4 to 0-1 down after the first quarter, a run from Connollys that included a brace from Susan O’Sullivan, but the visitors were dealt a blow on 22 minutes when captain and Feeney was sin-binned.

A ten-minute purple patch followed for Emmet Óg, as McCarron contributed 1-2 in a spell that saw her side register 1-5 without reply.

Susan O’Sullivan did grab a goal for the visitors when she reacted quickest to fire to the back of the net after Caoilfhionn Deeney’s free crashed off the crossbar – and she followed it up with a point to reduce the deficit to six.

But McBride made sure it was going to be Emmet Óg’s day with their fourth goal in stoppage time, to put the icing on the cake.