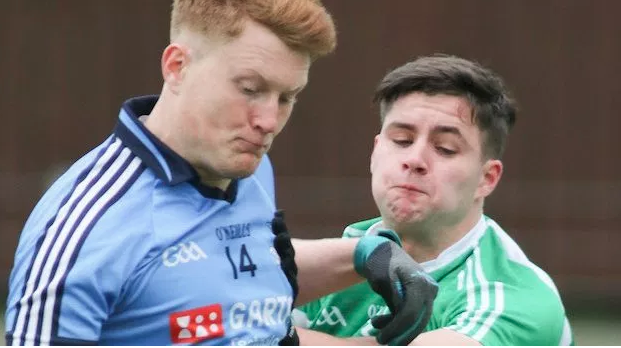 Listen: Kane Barrett on Milford’s drawn U21 ‘B’ final with St Naul’s

Kane Barrett hit ten points – but was still beating himself up after Milford’s draw with St Naul’s in the U21 ‘B’ final at Sean MacCumhaill Park.

Barrett’s scores kept Milford in touch with St Naul’s and would’ve won it for the Moyle View men only for Gavin Mulreany’s late free to tie it up.

“Personally, I’m raging at myself,” Barrett said, in reference to a late effort that dropped just short.

“I should have kicked that one over. The leg just went on me.

“I was snatching and shooting from too far out.  I feel like I let them down a wee bit.”