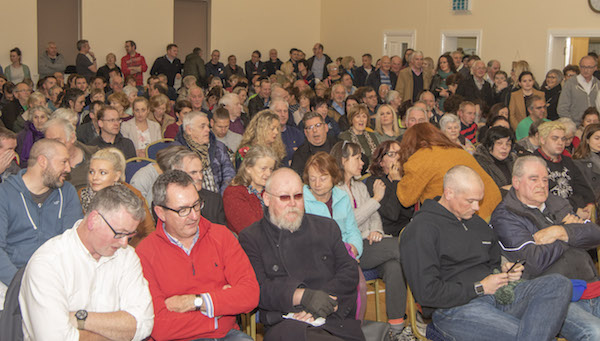 Meeting hears of welcome for asylum-seekers but still concerns

More than 300 people last night attended a meeting to discuss the imminent arrival of 100 asylum-seekers into Moville.

Concerns about been raised in the community about the lack of discussion and information released surrounding the situation.

Local politicians and officials from the Reception Integration Agency. attended the meeting at the Glencrow Hall.

The meeting was told that the group will be broken up on a gradual basis with groupings of 20 or so people arriving into the Inishowen town.

The overall group will be comprised of all age groups including families, single people and elderly people who will stay in the Caiseal Mara Hotel.

While there was an overall welcome for the group, some concerns were raised.

Issues such as education and social welfare as well as other infrastructural issues were raised by the audience.

Members of the clergy including Rev Alison Doherty and Fr McGoldrick also attended as well as local community representatives.

The idea of a welcome committee was also discussed. 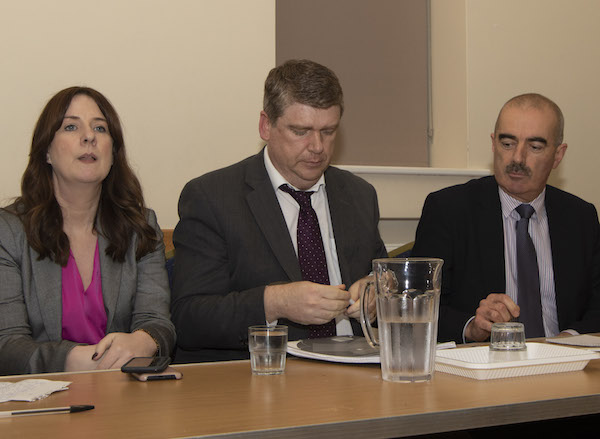 Members of the Reception and Integration Agency, Barbara Mulhall, George Sinclair and prinicipal officer Eugene Banks when they addressed a large crowd in Moville in North Donegal where the arrival of 100 immigrants have caused concern among the local residents. (North West Newspix)