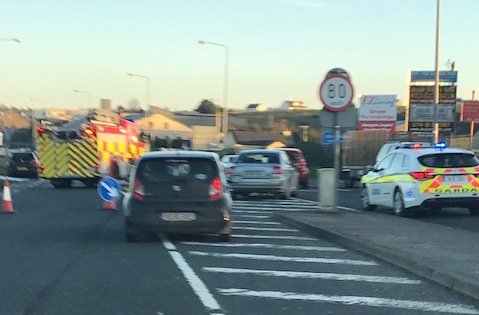 There were long delays at Letterkenny’s Port Bridge this afternoon after a car caught fire.

Gardai and the fire service were called to the scene of the incident at around 3.45pm.

There were long traffic delays as a result of the incident.

It is not known if anybody was hurt following the blaze.

The long traffic delays are now easing up. 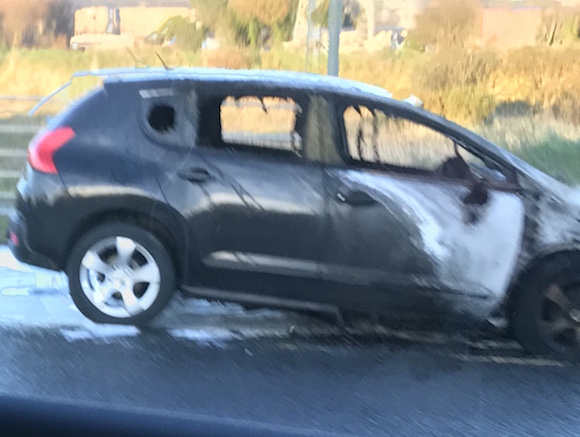 The remains of the burned out car.