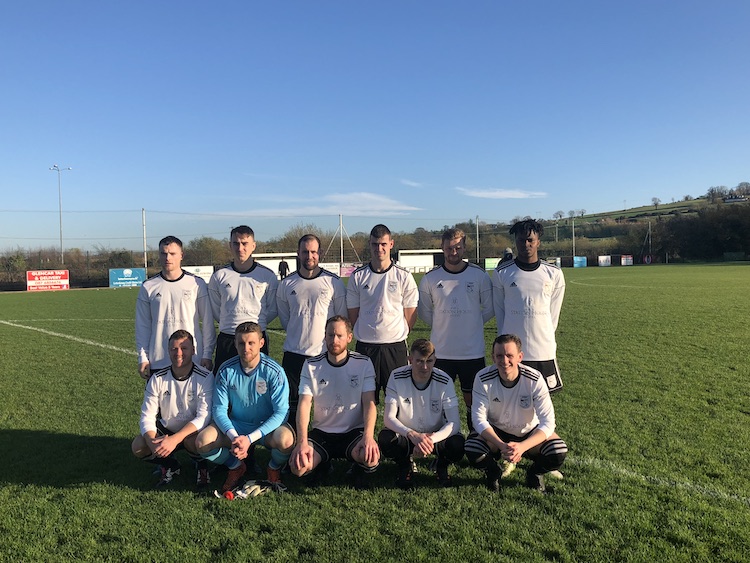 BJ Banda’s sixth League goal of the season handed Letterkenny Rovers a derby win over Bonagee as they made it six-out-of-six, opening up a nine-point lead at the summit of the Four Lanterns Ulster Senior League.

For efficient Rovers, it was a third League win in a row by a one-goal margin.

The only goal of the game came in the 14th minute and, even at that early stage, it felt as if it might be the difference.

Jonny Bonner was the architect, sliding the pass perfectly for the in-rushing Banda and the former Finn Harps striker struck gold.

It was a game of just one goal, but it wasn’t devoid of its chances – and Rovers ought to have put it out of Bonagee’s reach.

Banda’s goal ensures that Rovers have a nine-point buffer at the top, but Cockhill have two games fewer played, with Bonagee having played one less.

It took a goal-line block by Thomas McMonagle to prevent Rovers from adding a second in the 63rd minute. Via Bonner and Banda, the ball made its way from left to right in the Bonagee penalty box and arrived at the feet of Kevin McGrath. His effort beat goalkeeper Shaun Patton, but McMonagle was in the right place at the right time to divert the danger.

Bonner clipped the top of the crossbar with a free kick 20 minutes from the end while Bonagee sub Codey Brogan forced Rory Kelly into a save with his first touch.

Patton saved from Conor Tourish when the Rovers centre-back found himself in a position to worm his way into the area having been the recipient of a delicious Bonner pass.

McGrath should have done better when a wayward pass gave him a chance, but he shot at Patton from 15 yards.

In the opening moments, Bonner – Rovers’ match winner against Cockhill last weekend – whizzed a teaser just beyond the angle of Patton’s goal frame.

The Bonagee goalkeeper denied Luke Nelis after he was teed up by McGrath, who then flashed wide after good work by Bonner in the approached.

A cross-cum-shot from Funston dropped invitingly to Rovers’ far post but, just shy of the quarter-hour juncture, the hosts hit the front.

And they almost got a second soon after but Conor Tourish – who wriggled free in the area – glanced a header just off the target having met Lee Toland’s probing corner. 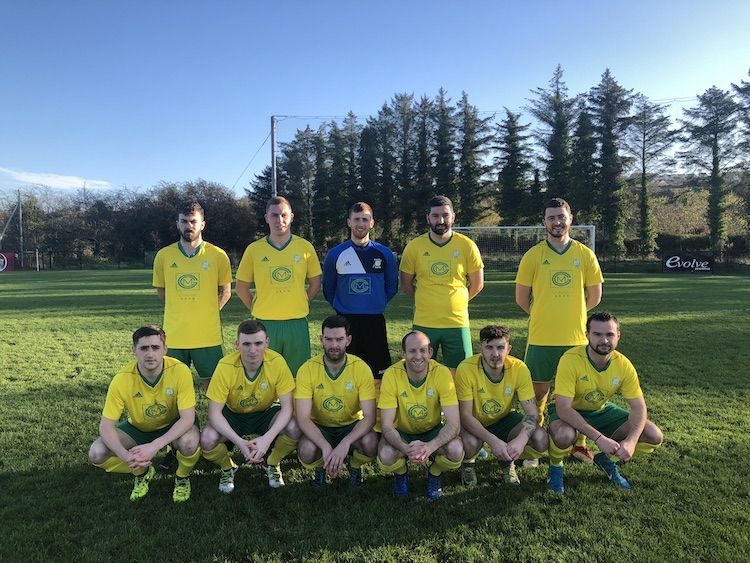 Letterkenny – beaten by Cockhill Celtic in a League play-off at the end of last season – have flown from their blocks this term and Eamon McConigley’s team entered this one with the maximum 15 points out of their opening five games.

After a 1-0 win over the champions, Cockhill, away from home last Sunday, McConigley’s roster here showed just one change with Ryan Lonergan in to take the place of Ciaran Kelly at right-back.

Bonagee had a big chance to at the very least call Kelly, the Rovers ‘keeper, into action in the 33rd minute, but Michael Funston, from the edge of the box, skewed his attempt wide when he’d have been hopeful of working the home number one.

Bonagee, under Gibson, have shown considerable signs of improvement this year and a 1-0 loss to Cockhill was the sole blot on the jotters as they headed across the Cathedral Town.

Bonagee had a major let off before the break as Rovers spurned a glorious chance to add a second, but Banda shot over after Sean Hume’s pass was intercepted by Bonner.

Right on the blow of Marty McGarrigle’s half-time whistle, Darren McFadden – whose influence had been well curbed until then – riffled inches over the Rovers crossbar. It was the last action of the afternoon for McFadden, who spent a portion of last year on Finn Harps’ books, as he was withdrawn injured at the interval.

The absence of McFadden, a big presence for Bonagee, dented their hopes and Rovers were able to manage the contest and collect another three points ahead of next week’s FAI Intermediate Cup games.