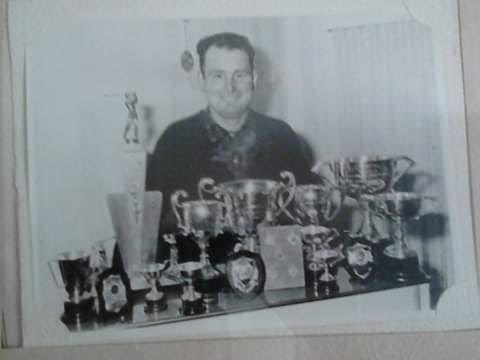 Toots worked as a plasterer for many years and was regarded as the best in the business.

He was best known for his sporting achievements including soccer, hurling, snooker & golf (everything but cricket!)

His most memorable sporting moment was in golf winning the last ever Crieve Cup in 1967 and then moving on to the Barnhill Course where he was Player of the Year in 1969, 71 & 72.

He will be sadly missed by all who knew him.