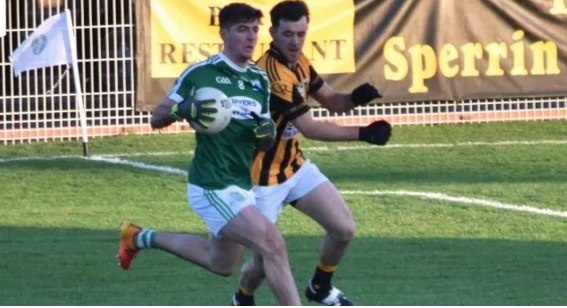 Watch: This Dáire Ó Baoill block proved every bit as vital as his hat-trick!

Dáire Ó Baoill’s hat-trick got the headlines yesterday – and rightly so – but this block early in the second half was every bit as important.

Ó Baoill scored three goals in the first 25 minutes as Gaoth Dobhair scorched away from Crossmaglen Rangers in Omagh.

Leading by five points, 3-5 to 0-9, at the time, Gaoth Dobhair were thankful for this superb Ó Baoill block to deny David McKenna just seconds into the second half.

A goal would’ve had Crossmaglen to within two.

“I was caught ball watching, but Daire got me out of it,” remarked Gaoth Dobhair full-back Neil McGee.

“That’s what you want; you want to see boys throwing their body on the line.”

He scored a hat-trick but this block from Daire O'Baoil 👏👏