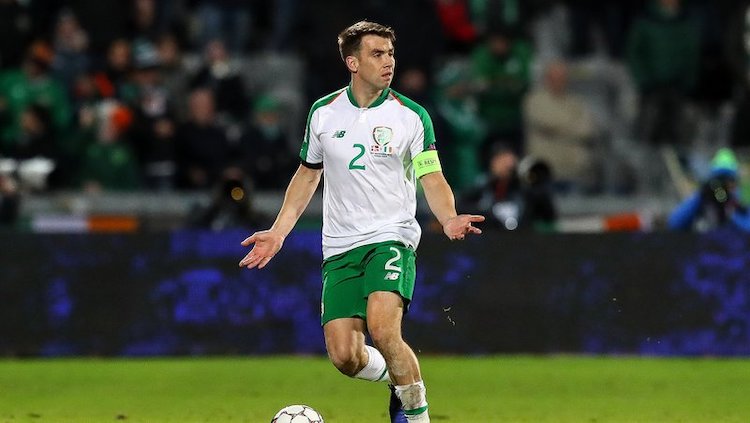 Seamus Coleman says the Republic of Ireland battled well on their way to a 0-0 Nations League draw with Denmark in Aarhus last night.

The Irish captain was content with his team’s defensive display.

However, the Killybegs man admitted that the Boys in Green – who haven’t scored in 396 minutes since Aiden O’Brien netted against Poland in September – have work to do in the final third. In nine games in 2018, Martin O’Neill’s team scored only four goals.

“It is a clean sheet away from home,” Coleman said.

“We needed some kind of result to come back with.

“In the final third, it’s still where we need a bit of work. I thought we battled well. A clean sheet away from home is a good result.”

Coleman had been vocal after a scoreless draw with Northern Ireland about his team having to ‘man up’.

He added: “A little bit of improvement in the final third, and we will be going in the right direction.

“We can only take tonight. We know the year hasn’t been great. We would have liked to have won the game, but it wasn’t to be.”