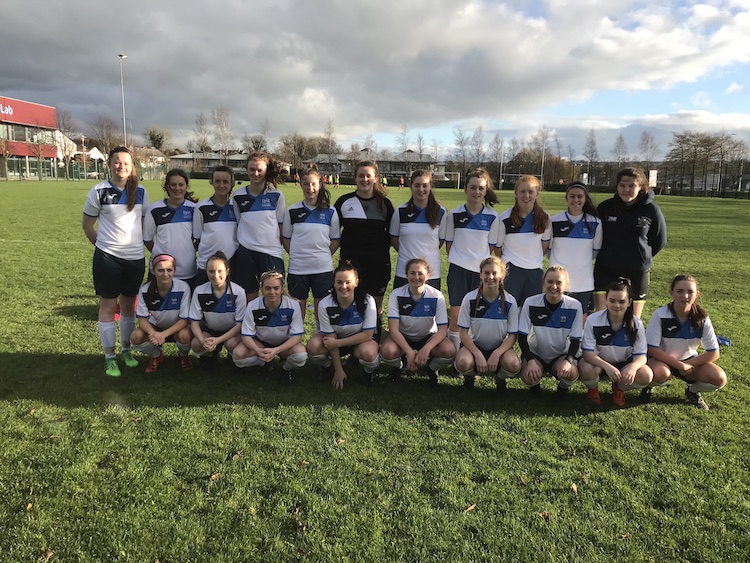 Letterkenny Institute of Technology ladies made sure of a CUFL Premier Division semi-final berth thanks to a derby win over an understrength IT Sligo.

Institute of Technology 3 IT Sligo 1

Green and Cregan struck for the hosts in the opening half but Rachel Kearns’ goal for IT Sligo on the hour made LyIT sweat a little until McGlynn copper-fastened the win,

IT Sligo played the entire second half with ten players, Katie Melly was forced off injured late in the first half and, with just the 11 players on the bus, the visitors had no replacement available.

Indeed, they finished with nine participants as Bonagee United defender Grainne Gallagher also had to hobble out.

Gallagher was joined in the IT Sligo ranks by Buncrana’s Ella McLaughlin and Glenties’ Irish international Amy Boyle Carr.

It was the hosts, though, who edged ahead as Irish U19 international Green brilliantly headed past Kathleen McNally from a Zoe McGlynn cross.

Another McGlynn cross crashed off a post soon after before Green neatly stepped inside her marker to test McNally again.

Amy Hyndman was denied by McNally but, eight minutes before the break, Cregan doubled the lead. Latching onto a through ball from captain Nicole Gordon, Cregan tucked in to the bottom corner. 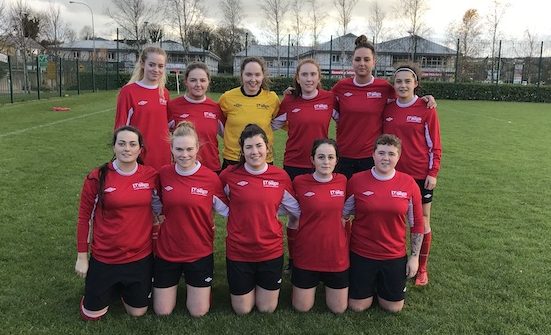 Green and Cregan were off target as LyIT started the second half with purpose.

However, Boyle Carr found Kearns, who riffled over from six yards with a glorious chance.

IT Sligo did get a Goa back when Kearns drilled low past Aoife McColgan.

LyIT made safe the win when Aisling Nee and Cregan combined on the right and McGlynn made no mistake with a deadly finish.

IT Carlow await in the last four, with that game pencilled in for February.