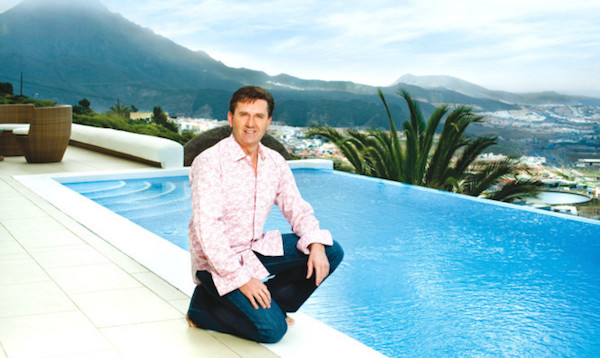 Fancy staying in Daniel and Majella’s luxury villa for a week?

Ever wanted to sleep in singer Daniel O’Donnell’s bed or to cook in his kitchen?

Well, bidders at a special charity ball now have the opportunity to do so after the singer and his wife Majella put their holiday villa under the hammer.

The Donegal crooner and his wife own a gorgeous holiday home in Tenerife.

Despite having had their Donegal home completely transformed recently by celebrity architect Dermot Bannon, Daniel and Majella spend lots of time in their Canary Islands getaway.

The couple often entertain their celebrity pals including Cliff Richard in the luxury villa.

The stunning pad, in the hills of Playa De Las Americas, normally commands a rental fee of a cool €4,000 per week.

But those attending the North West Breast Cancer Charity Ball at the Silver Tassie in Letterkenny on November 30th next have a chance to see how the singing sensation and his wife live.

Those who put in the highest bid will win a week in the luxury villa.

The villa can accommodate up to eight adults and has stunning views as well as its own pool.

Majella has been a huge supporter of the North West Cancer Ball and was even its special guest back in 2015.

She raised more than €500,000 for the Irish Cancer Society when she had her hair shaved live on the Late Late Show after revealing she was battling breast cancer.