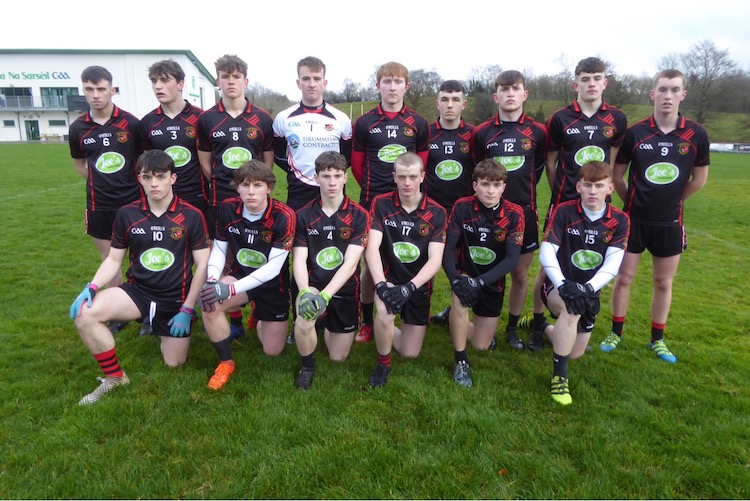 Ronan Frain netted a goal in each half as St Eunan’s College overcame St Paul’s, Bessbrook in the Danske Bank MacRory Cup.

Frain’s brace gives Colm McFadden’s side a big chance of making it to the last eight of the competition in their first season back.

Their fate depends on the game later this week between St Pat’s Armagh and Patrician High and the Sentry Hill side are now well positioned to make it through or, at least, get a play-off.

After a low-scoring start, St Eunan’s hit their opening goal when Frain broke up from the half-back line to fire home.

And midway through the second half, Frain cut in from the left and saw his effort dip beyond the St Paul’s goalkeeper.

With Padraig McGettigan and Shane O’Donnell hitting three points apiece, St Eunan’s had 11 points to spare by the conclusion.