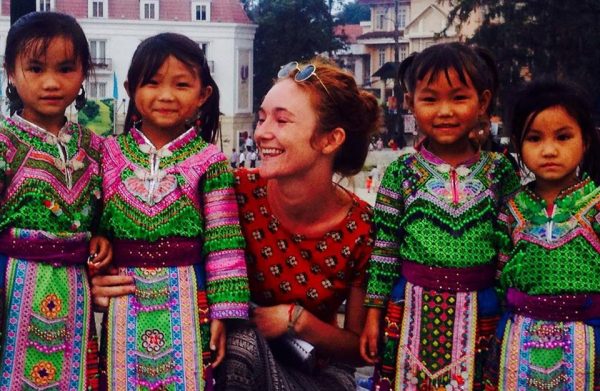 The family of the late Danielle McLaughlin from Buncrana has received assistance from the Irish Consul in India as the trial of her alleged killer continues.

Approximately 50 witnesses are being called to give evidence as the court pieces together what happened on the day the Donegal backpacker was murdered. Danielle was 28 years old when she was raped and murdered in Goa in March 2017.

Danielle’s family confirmed this week that they have received Consular assistance via the Irish Embassy in New Delhi, seven months after the trial began.

A representative of the embassy attended a hearing in Goa on 31st of October. This representation came after Danielle’s mother, Ms Andrea Brannigan, and her sister Jolene met with Taoiseach Leo Varadkar in September to ask for direct support.

The Irish Consul in India had several meetings with the Public Prosecutor Mr. Costa and the McLaughlin family’s lawyer, Vikram Varma.

The Public Prosecutor confirmed that the court is currently working through depositions from up to 50 witnesses to give an accurate picture of events surrounding 13h March 2017 – the day Danielle was murdered near Palolem Beach. A local man, Vikat Bhagat, 24, stands accused of the crime.

In a statement from the Truth For Danielle Mc Laughlin campaign, Danielle’s family say they are “hopeful for the future that more of the promises the Taoiseach gave us will be kept.”

The Taoiseach has proposed an amendment to the Victims Charter to include Irish victims of crime abroad. This was requested by Andrea Brannigan following her own tragic experience. It is hoped that the amendment will be called after Danielle.

Her family said: “If it wasn’t for the public’s support we wouldn’t have even had a meeting with the Taoiseach, let alone having the consul visit Goa and go to a court hearing which we hope will put pressure on the government out there to show Danielle will never be forgotten.”

Danielle’s family are continuously fundraising and campaigning to secure justice for the late Buncrana woman. You can donate to the Truth for Danielle Mc Laughlin fund by visiting www.truthfordanielle.com and clicking ‘Donate’.