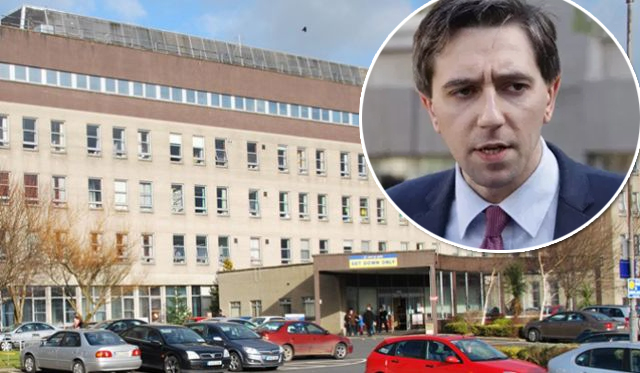 The Minister for Health has assured local TDs that the Short Stay Ward at Letterkenny University Hospital will be reopened this winter 2018/19.

The 19 extra beds are expected to be opened in the unit as part of the HSE Winter Initiative 2018/19.

Minister Simon Harris confirmed last night that the LUH Short Stay Unit is included in the next bed capacity increase currently being finalised by the HSE.

Pressure is now being put on the Minister to ensure that this commitment will be met.

Donegal Deputy Pearse Doherty called on Minister Harris to alleviate pressures within the health service, in particular at LUH, for the current winter period.

Speaking last night (Wednesday) in the Dáil, Teachta Doherty said: “I am raising this issue again as I have done over the last 18 months because that is the time frame in which management at Letterkenny University Hospital have asked for the overcrowding pressure to be alleviated at the hospital.

“On average, there were 19 patients on trolleys everyday last year yet, within yards from where those patients are languishing on trolleys, there is a ward which has capacity for 20 beds.

“No capital investment is needed but rather, what is needed is for those beds to be sanctioned and in the region of €1.8M to employ the nurses and support staff required to service that ward.

“This measure is needed to relieve pressures on a hospital which is seriously suffering due to overcrowding and lack of capacity.

“The HSE supports this measure and in fact they have put it forward as one of its own proposals.

“Deputy Joe McHugh went on local radio and went as far as to say that not only would the ward be reopened but he told the public in Donegal that he has instructed the manager at the hospital to start recruiting staff.

“I sincerely hope that that is indeed the case because this ward needs to be opened and in place for the winter and to relieve pressures at the hospital.

“Minister, can you now give us a commitment on this issue? Because any information which I have received from you to date indicates that the facility will not be opened this winter, and there are even question marks as to whether or not it’ll be opened next year.”

“Minister McHugh is of course right. The funding will be provided for those beds.

“We have increased bed capacity already […] for 240 more beds within the system this year and 79 due to come on-stream between now and the early part of next year.

“The Letterkenny Short Stay Unit is in that next tranche. I hope and expect it to be delivered as part of the winter plan that we’re finalising.

“However, I’ll be happy to correspond with Donegal Deputies in relation to this.”