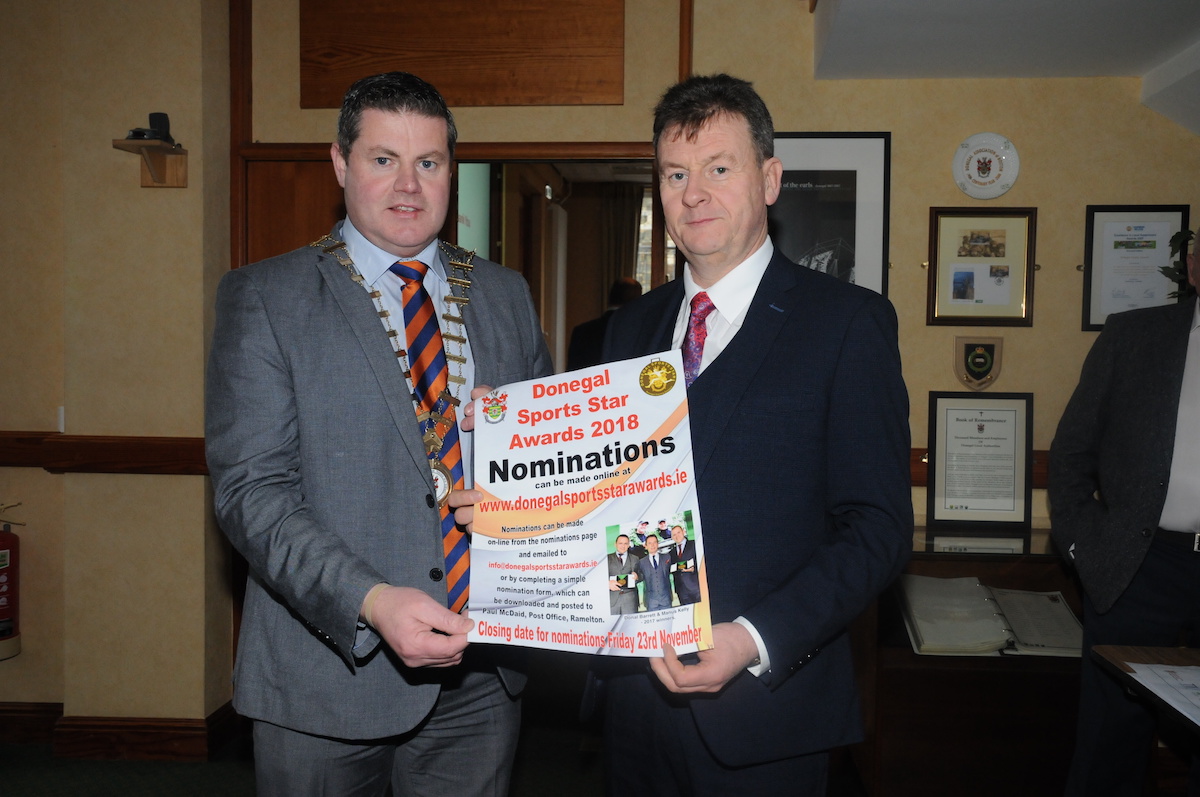 It’s the final call for the 2018 Donegal Sports Star Awards nominations which close at midnight.

The organising committee is now asking sporting bodies who still have nominations to make, to do so now online.

It’s important now that the successes of 2018 are reflected in the nominations list for this year’s Donegal Sports Star Awards.

It has been another superb year for Donegal sport with major successes at local, provincial, national and international level.

Nominations can be made online at www.donegalsportsstarawards.ie .

For more information go to the nominations page and email  info@donegalsportsstarawards.ie.