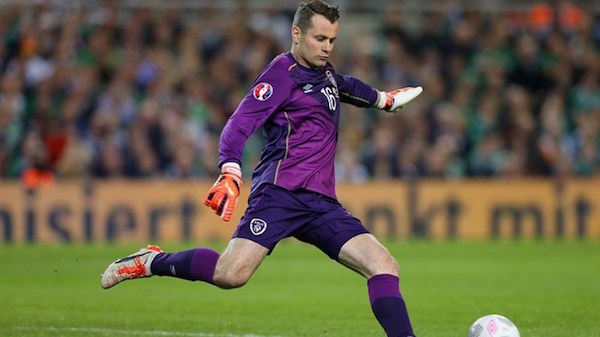 Former Republic of Ireland international Keith Andrews has called for Shay Given to be part of the new Irish management.

Following the departure of Martin O’Neill and Roy Keane in the wake of a disappointing 2018 campaign, the FAI have begun the process of appointing a successor.

Mick McCarthy, who took an Irish team including Given, to the World Cup in 2002, is the front-runner, although FAI chiefs are also set to discuss the vacancy with the Dundalk manager, Stephen Kenny.

“Shay Given as the goalkeeping coach would be an absolute no-brainer,” Andrews said on The Keith Andrews Show on Off The Ball.

“He’s working with Derby County – fine. But on the international break: ‘You’re our’s, Shay. You’re part of the process’.

“Can you imagine him around the team? It would be unbelievable: His appetite, his enthusiasm, his expertise’.