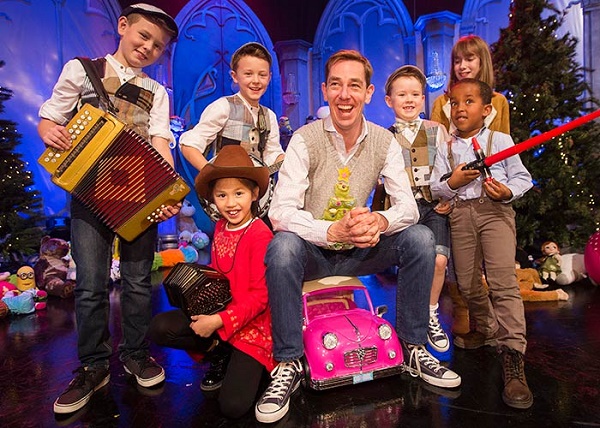 A Glenties woman has snapped up not one but two golden tickets for next Friday night’s Late Late Toy Show.

Imelda Doherty was the envy of everyone in Ireland when she won the telephone competition on last night’s RTE show.

Host Ryan Tubridy called Imelda and asked her what part of the country she was in and she replied Glenties.

When he asked her if she was free next Friday night to come to the RTE studios in Dublin, Imelda replied ‘I’m free.”

She was also given a bundle of cash to spend and an overnight stay in a top Dublin hotel.

imelda didn’t say who she was bringing to the show but we’re sure she won’t be short of offers!