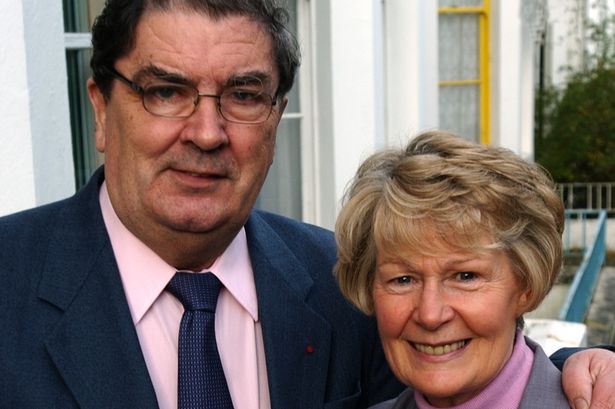 Pat Hume will be honoured with a Lifetime Achievement Award by the Irish Red Cross later today.

Pat ran operations on the ground, manning John’s constituency office in Derry. She met many young people caught up in the Troubles and dealt with issues presented to her by thousands who were encountering housing problems, social security issues and health and education concerns.

Pat sacrificed her first career as a teacher to undertake this work and didn’t just run one political office; the Hume family home was a thoroughfare for journalists, political visitors and diplomats, and Pat ran proceedings here too, while also taking care of a young family.