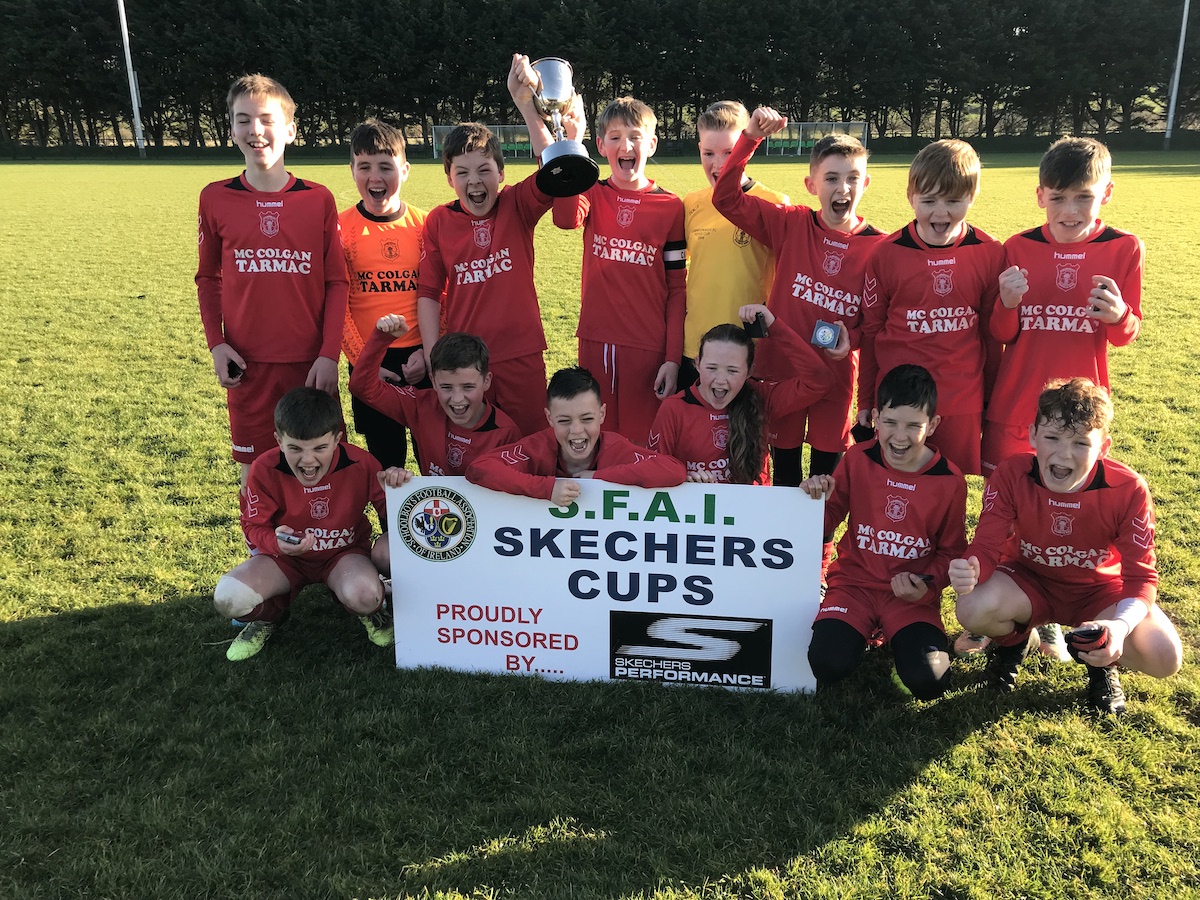 Carndonagh put on an outstanding second-half performance to gain a 2-1 victory in the U13 SFAI Sketchers Cup final against a gritty and well-drilled Illistrin side.

Goals from Fintan Hasson (OG) and Cormaic McLaughlin in the second period were enough to cancel out Oisin Harkin’s stunning free-kick goal just after the interval.

Both sides worked hard in the opening stages of the game managing to cancel each other out as it remained level at the break.

In the opening 20 minutes, both sides tried to find their feet but Illistrin just had the edge as their high-intensity forced Carndonagh’s defence to be focused.

Midway through the first-half Illistrin’s Eoghan Scott sent goalkeeper Daniel McDaid scrambling and at full stretch from his thumping effort from distance but it went just wide.

Carndonagh had a few half chances of their own, but nothing to trouble Cian Gallagher in the Illistrin goal.

In the second half, Illistrin continued their dominance with an early goal as Oisin Harkin, who was fouled 20-yards from goal, fired home the free-kick into the roof of the net.

It was a blow for Carndonagh, who were struggling to exert their own influence on the fixture.

However, after 35 minutes the North Donegal side found themselves level through Brendan McLaughlin.

McLaughlin’s cross from the left side was deflected past the helpless Gallagher by his own defender Fintan Hasson to level the game.

It proved costly in more ways than one for Illistrin, their confidence had vanished, and Carndonagh took real control of the match.

Pressuring the Illistrin defence, McLaughlin, who had been a nightmare for Illistrin’s blockade in the second period was upended in the penalty area by Milo McLaughlin, leaving no doubt for referee Zack McLoughlin.

Without hesitation and in no need of a second chance, Cormaic McLaughlin confidently slotted home the penalty kick to give Carndonagh the 2-1 advantage.

Carn almost put the game beyond Illistrin with a good chance after 50 minutes but Cian Gallagher did well to stop Ellie Long from securing Carndonagh’s third.

Illistrin fought hard during the fixture, but it proved to be Carndonagh’s day in Ballyarr.