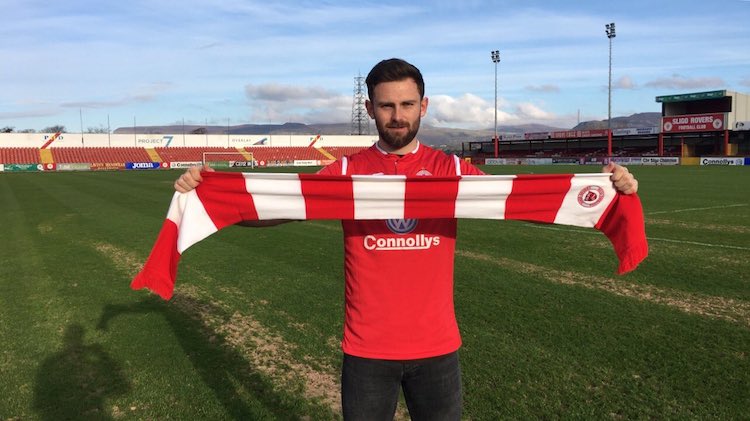 Kyle Callan-McFadden says he hopes to find his top form again at Sligo Rovers in 2019.

The Ramelton man has signed a new contract at The Showgrounds for the 2019 season.

The centre-back will be going into his third season at the Bit O’Red, this time under new manager Liam Buckley.

“His arrival has given everybody a real lift and it’s a fresh start,” the 23-year-old said.

“The conversations I’ve had with Liam excite me, you get to learn what he demands from the players so it’s my responsibility to show him and be a big influence here.

“I know I can be that and I can’t wait for the new year to begin.”

The former Norwich City player is aiming to replicate his 2017 form.

He said: “I don’t think I found the form I showed in 2017 last year. There were interruptions and I found it a shock at first playing right-back when I filled in there because I hadn’t featured there in my career.

“Ironically I thought I was only getting to grips with it in the really late part of the season.

“It was a tough year for the club with the home form in mind. I’ve got a job on with Paddy McClean and John Mahon already signed here and I’m sure more defenders will come in. I want to get that position at centre-half, like the two lads will do.

“The three of us actually get on really well funnily enough and we’re in competition. I think we all have that desire within us to be the best centre half and push the club on.”