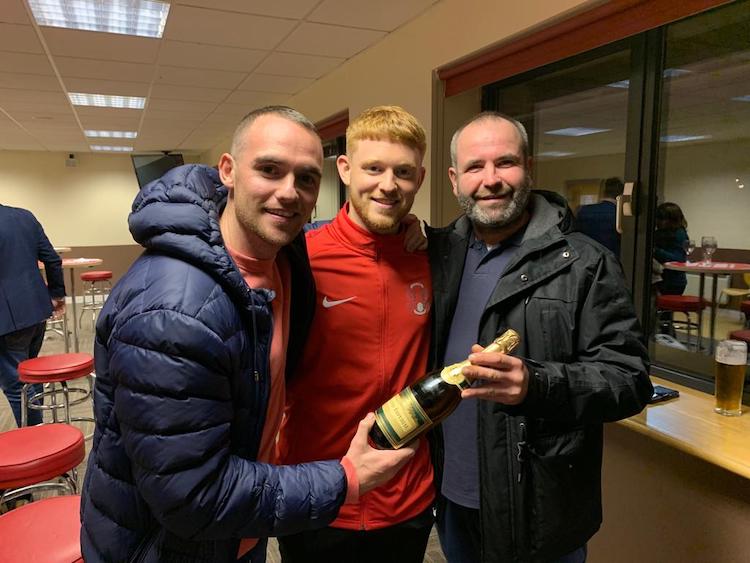 Dale Gorman was named as Man of the Match as Leyton Orient drew 0-0 with Aldershot at Brisbane Road tonight.

Gorman, who had played in the 2-0 away win at Wrexham at the weekend, retained his place and the Letterkenny man had a fine 90 minutes for the Os.

Orient are top of the National League, but their advantage to Salford City is now just a single point.

Gorman came close to breaking the deadlock for Orient in the 23rd minute, with two efforts blocked by Aldershot on the goal-line.

Gorman had another attempt in the second half well beaten away by Aldershot ‘keeper Will Mannion.

Gorman shared his champagne with fellow Letterkenny men Ciaran Greene and Stephen Collins, who were among the 2,289.

Dale Gorman picks up Man of the Match award as Orient held by Aldershot was last modified: November 27th, 2018 by Chris McNulty