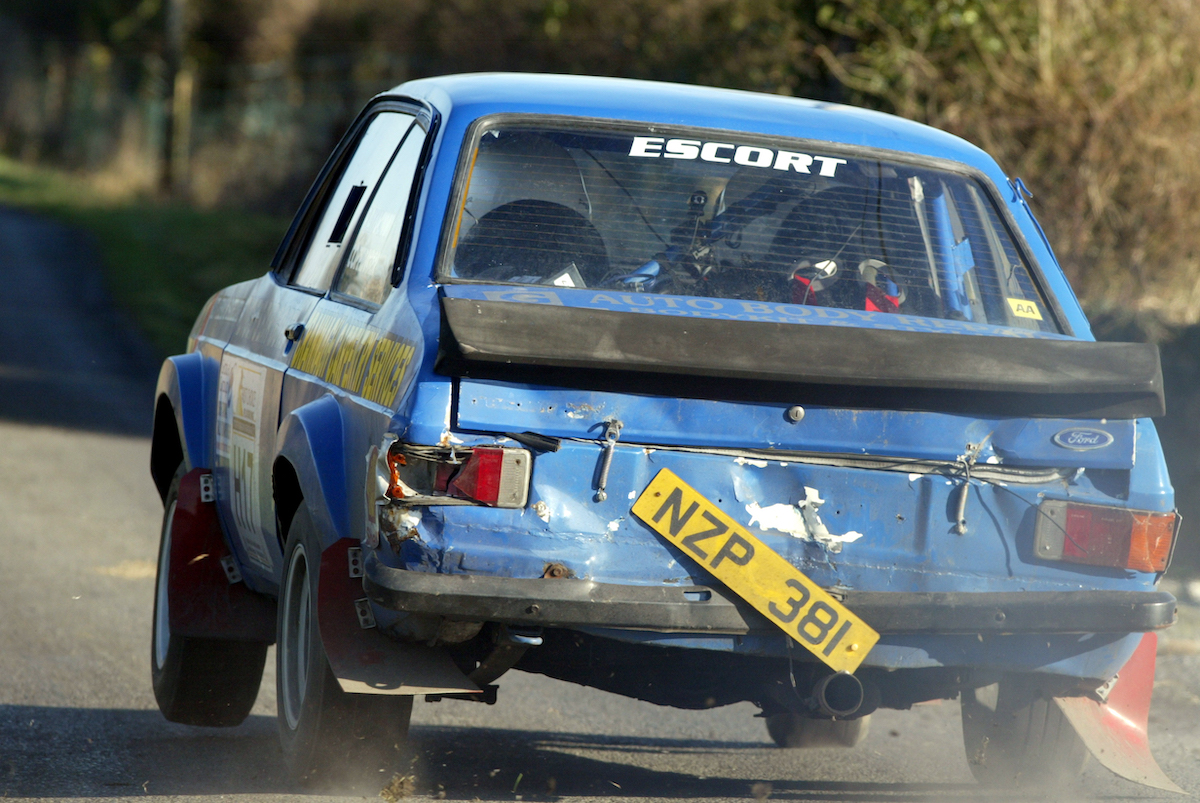 This week out motoring columnist Brain McDaid talks us through old memories of the Galway International and the new format for 2019 following a sabbatical this year.

“Come up and see me some time (and make me smile).”

This is the classic hit of the 70’s, which comes to mind with the word that one of the great season openers is back behind the wheel for 2019.

I am one of them disorganised group of rally spectators that have managed to end up standing behind a stone ditch come the first week in February at the Galway International.

Long before college students were perfecting the art of overcoming accommodation problems, four of us slept in a MK2 Ford Escort nearly forty years ago on a freezing night outside the Salthill Leisure Centre in Galway.

That’s where the rally was based that year and we stood in the pouring rain the following day to watch our hero’s like Bertie Fisher wrestle his wide track Monte Carlo spec ex-works MK2 RS1800 through driving rain and stone ditches on the Sunday.

We were those rock and roll kids that one minute were sitting in a café in Letterkenny sharing a plate of chips and the next minute we were heading to Galway, where ever the hell that was, for not one of us had a clue where we going. No word of Google maps or Sat Nav back then, as we went in the search of a rally.

After choice words and a lot of wrong turns, we finally end up in Galway near Eyre Square going the wrong way down a one-way street wondering why was everyone was flashing his or her headlights at us.

What a welcome we thought we got that year. Think it was Ger Buckley that won the rally in his HSR Chevette back then.

Ireland’s version of the world’s Monte Carlo, the Galway International Rally. It has always been the showcase at the start of the Irish rally season or what is to come in the following season.

You never failed to think, who is driving what, who is sitting in with who or who is sponsoring who.

The engine warning light was flashing on the dashboard of the Irish opener for the last few years.

This time last year news filtered back from the west that the even was going to be postponed in the long-term interest of preserving it and possibly returning this year or next year.

The 2019 Galway International is back on track and the club have very wisely cut their cloth to suit both them and the competitors’ needs.

The new look Galway International will now be a one-day event, which will run on Sunday, February 5 compared to its original three-day format.

Hopefully, this new format will make the event very competitor friendly with the reduced size and in turn cost of competing in the event, which will make it a great opener for Irish rallying season.

Some great names over the years came to the west of Ireland at the start of the rally season.

This week as an appetiser we look through the news archives to see what the event was like a decade ago when the works Ford team arrived in Galway. (Archive from the Irish Examiner.)

Rory Bust on the notes at the service area in Galway a decade ago.

Marcus Gronholm’s participation in the Galway International Rally, the opening round of the Global Group Irish Tarmac Championship, was to gain experience of the Irish roads ahead of next November’s Rally Ireland.

There’s no doubt he gained an experience he’s unlikely to forget, as for all but two of the 15 special stages Irish tarmac champion Eugene Donnelly gave him a tough battle.

The Derry driver set out today with a lead of 5.4 seconds, a margin that was reduced to 2.7 seconds after the opening stage.

Donnelly’s response was quick and effective. Two stages later, he was 8.8 seconds ahead of the former double world champion.

The M-Sport team made adjustments to the ride height of Gronholm’s Ford Focus and it had a telling effect. On stage 14 he slashed Donnelly’s advantage to 1.1 seconds.

Meanwhile, the launch control of Donnelly’s Subaru seemed to give trouble and it cost him a few seconds. He also lost third gear.

A fine drive ended on the penultimate stage when he crashed out and Gronholm was able to canter home ahead of MacHale and Higgins, who took third from Boland. Kevin Lynch (Ford Focus) and Stephen Murphy (Subaru WRC) completed the top six.

Austin McHale at the service area at the Galway International.

Outstanding in their field. What were them directions. Gerard Foley and Tom Stewart look for the gate as they spectate at the Galway Rally at the weekend. Photo Brian McDaid

Roy White and Garry Jennings, second and third overnight, both retired today, which promoted Kelleher into second. However, a blown turbo cost him time and he had to be content with third.

Brian Brogan was the winner in the national rally section driving his Ford Escort, also there was a young Donegal crew who would become three times winner of the Donegal International Rally, Manus Kelly and Donal Barrett were making their mark too.

Brian Brogan arriving at speed at this junction on his way to winning the National Title a decade ago in Galway. Photo Brian McDaid.

He is looking forward to next year and that spin down to Galway to the season opener that we have all missed.

Road onto Rossnowlagh beach to close for...