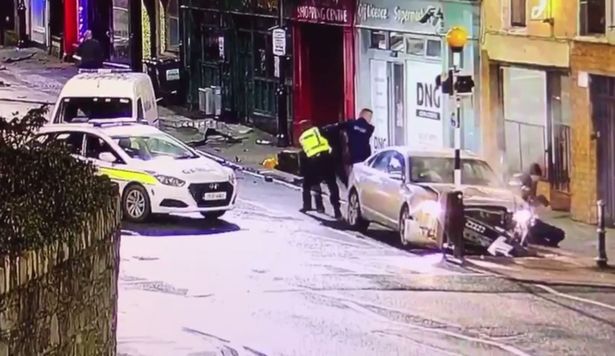 Driver of car which injured Donegal Garda was wanted

The driver suspected of injuring a Donegal garda and killing an innocent man in Co Monaghan, was “wanted” in relation to another hit-and-run charge.

Gardaí are investigating after father-of-two Stephen Marron (47) was killed when an out-of-control Audi A6 crashed into his parked car on Main Street in Castleblayney on Tuesday night.

It has now emerged that the man arrested in relation to the incident was suspected of being involved in another car crash with the same garda in 2010.

A 34-year-old man from Co Armagh was last night being questioned in relation to the crash that killed Mr Marron and left Letterkenny-born Gda Michael Devlin (31) hospitalised with serious injuries.

A bench warrant was in place for the arrest of the man since January 2011, when he failed to show up at a district court in Co Monaghan in relation to a terrifying incident that happened on November 20, 2010.

During the hit-and-run eight years ago, Gda Devlin was injured when a car collided with his patrol vehicle at Latlorcan, Co Monaghan. 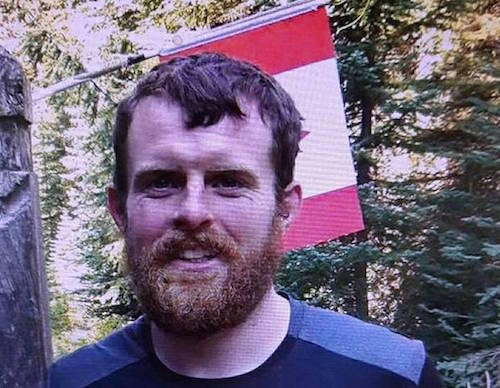 Garda Michael Devlin who is originally from Letterkenny.

The driver then left the scene but was arrested nearby on suspicion of drink driving and driving without insurance. The suspect was charged and failed to appear in court on a second hearing.

Then on Tuesday night – eight years after that incident – the suspect arrived in Castleblayney garda station on an unrelated issue.

He was recognised by Gda Devlin, but the suspect then left the station and the garda followed him.

When he tried to leave, Gda Devlin tried to stop the car but was dragged from the station to the Main Street around 500m away.

Garda Devlin had only been in Castleblayney station because he had earlier been involved in investigating a separate drink-driving incident.

Video footage shows the Audi car driving onto the Main Street at 11.21pm.

As the car turns onto the street, the driver side door swings open, but closes before the car starts veering towards the Blue Skoda Octavia. The Audi appears to pick up speed right before impact with Mr Marron’s car, smashing into the rear.

Mr Marron’s Skoda crashes into a pole while the Audi continues for several more metres before coming to a stop.

As two Garda cars respond to the scene, the 34-year-old driver steps out of the car and puts his hand into his pocket, before raising his arms.

Gda Devlin can be seen staggering from the passenger side of the car, and collapses before being helped by a passer-by.

He was released from hospital yesterday and his injuries are not understood to be serious.