Touching scenes as the memories of fallen soldiers light up Raphoe

More than 200 people attended a poignant event which culminated in the turning on off the Christmas lights in Raphoe at the weekend.

The route of this touching event has its origins more than one hundred years ago at the end of the First World War.

41 young men from all religions and backgrounds who left for the battlefields of the Western Front and never returned home were mourned by their families and the community, trees were planted in the centre of the village in their honour.

One hundred years later the same families and community remembered them this evening by lighting up the same trees, the children from the two primary schools, Raphoe Central and St. Eunan’s NS, called out their names, like a roll call that echoed once more in their home place.

The Logan family who grew up in the Diamond, lost their two uncles in the Great War, on Saturday their nieces and nephews joined the community in honouring their memory by switching on the Christmas lights on the old trees in the Diamond. 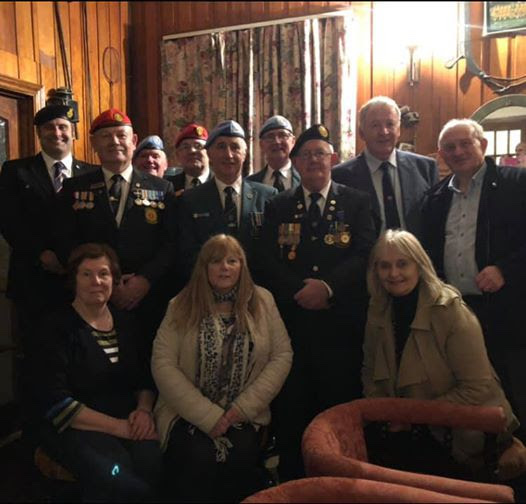 The evening was made all the more poignant by the sweet voice of local girl Caitlin McNulty, a third-year student at Finn Valley College in Stranorlar who sang the words of Donegal war poet Patrick Magill, ‘Lament from the Trenches’ (I wish the sea were not so wide).

Caithlin’s grandmother is from Raphoe. Members of the Irish UN Peace Keeping Veterans Association and the Irish Army ex Servicemen, the Irish Army Military Police and a British naval officer from the Blackpool sub mariners association took part in the memorial service.

The event was sponsored by Raphoe Community in Action and the Hugo Charitable Trust of New Zealand who offered to assist the local community in lighting up the Diamond this year.

The Hugo Charitable Trust was set up in honour of the late Hugh Green who grew up in Raphoe before emigrating to New Zealand in the 1950s.