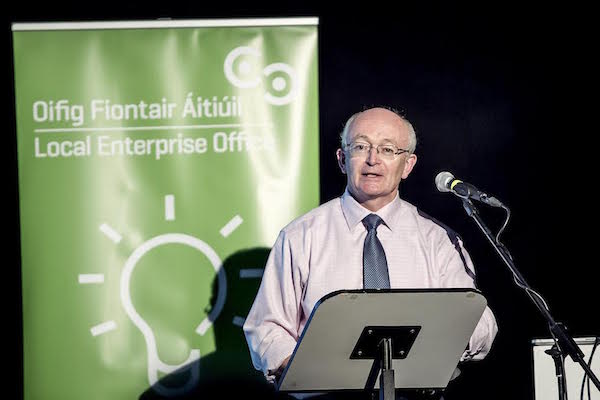 Some of Donegal’s most successful small businesses will be hoping for a brilliant boost for Christmas on Friday 14th December when they compete for coveted titles in the 2018 Donegal Local Enterprise Awards in the Radisson Blu Hotel.

Four businesses will battle it out in the start up category – Rhythm Nation, Ballybofey; O’Reilly Sports, Stranorlar; The Rusted Pixel, Letterkenny and Forrester Products, Letterkenny.

In the Established Business section, there will be 11 businesses in contention for the honours.

The 15 finalists for the 2018 Local Enterprise Awards were revealed earlier this week following a rigorous screening and judging process and the awards will be presented during a special end of year business-lunch in Radisson Blu Hotel in Letterkenny.

“The awards have been running for over 20 years in Donegal and we have a stringent process in place to make the short-list, never mind be named as a finalist.

“The 15 businesses who have reached the final have all presented plans and faced rigorous scrutiny from a panel of judges, and can be justifiably proud of reaching this stage. All that remains is to see who will win the awards,” said Head of Enterprise, Michael Tunney.

Stressing that the Donegal Enterprise Awards celebrate the diversity and strength of the small business community in Donegal and the role they play in our local economy, the Head of Enterprise said the final line up is just a snapshot of the geographic spread and diversity of small businesses in Donegal.

“As a county our economy is dominated by small and micro businesses. The contribution of these businesses and the important role they play in providing employment and contributing to the sustainability of their local communities is often forgotten about or taken for granted.

We had many more fine businesses who spent the time to apply for the awards, but who didn’t make it to the final stages and I wholeheartedly want to thank them for doing so and making this a truly competitive process.”

Reminding businesses that the awards will be presented at the end of year luncheon in the Radisson Hotel, the Head of Enterprise said he was looking forward to seeing – not just the finalists – but many more small business owners on the day.

“The awards celebrate the achievements and recognise the success stories of small business owners and I’m certain that there will be a great turn out on the day. It’s a great way to support the finalists in the awards, but also to meet others in business in an informal setting,” he concluded.