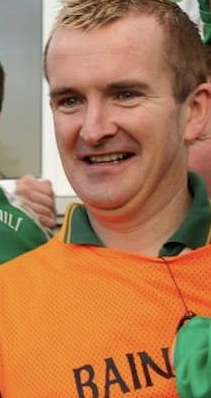 St Eunan’s College Letterkenny fell to a 2-10 to 2-03 defeat today at the hands of St Ronan’s College Lurgan in Tyrone Wednesday evening, as Gary McDaid’s side failed to turn up for the second-half.

A dominant St Ronan’s put on a fantastic display after the break, scoring eight points, to secure themselves the victory in the Loch an Iuir Final.

A disappointed Gary McDaid caught up with Donegal Sport Hub’s Charlie Collins after the defeat, insisting the better side won on the day.

“That Lurgan team are savage, we have come into here today and their average score is 8-16 a game,” he said.

“They have never been in a tight game, at half-time every game they have played is over by half-time. The plan was to try and make this a battle and I told the boys to get to half-time and it’s a battle that we are still in the game.”