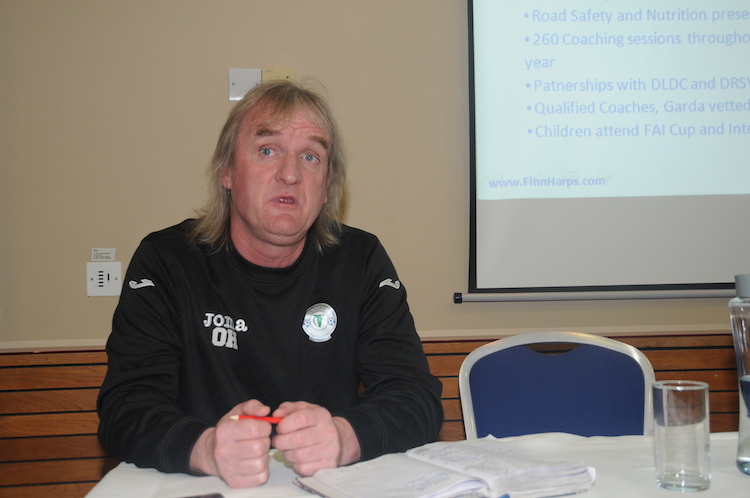 The Finn Harps manager, Ollie Horgan, confirmed four signings – and outlined the difficulties that face the club in the Premier Division.

The services of Sam Todd and Nathan Boyle have been retained while Horgan has added Daniel O’Reilly and Sam Verdon to his squad from Longford Town.

Horgan is confident of retaining the bulk of his 2018 squad, but is resigned to losing Ciaran Coll to Derry City.

At a public meeting last night in Letterkenny, Horgan spoke to Charlie Collins …