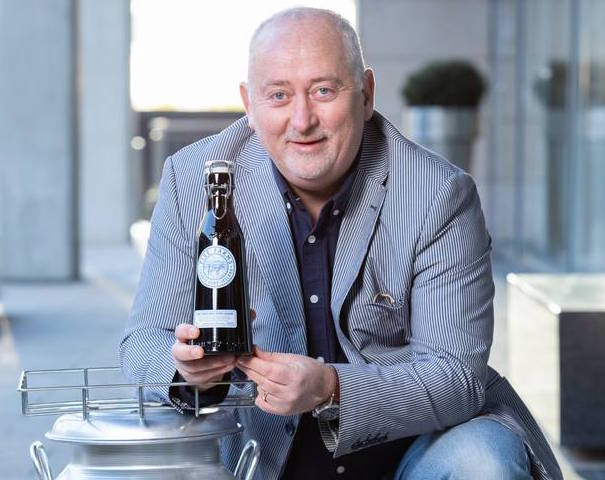 A well-known Donegal man is leading a major expansion of a popular drinks brand into Ireland.

Already available in 20 states in the US, the drink is a US-Irish joint venture between McCormick’s Distilling company in Missouri and drinks industry veteran Harte.

To-date the partners have invested around €1m in developing the product.

“We first started rolling out the drink in the US, and demand has been way beyond expectation,” Mr Harte said.

“As this is a premium liqueur we want to be careful that the product is managed in the correct way and that we have a sustainable supply chain.”

Johnny is the son of the late politician Paddy Harte and wife Rosaleen.

Both Mr Harte and McCormick’s have equity in the product, and in addition, Mr Harte gets to tap into McCormick’s resources to develop the brand further.

The product is crafted from single batches of cream sourced and produced in Co Cork, using the milk from five family run farms.

The drink won the ‘Chairman’s Trophy’ at this year’s Ultimate Spirits Challenge, a global wine and spirits competition.

Earlier this month Mr Harte, a Donegal native, was appointed to the board of the Alcohol Beverage Federation of Ireland.

He previously served as chairman of the Irish Spirits Association.