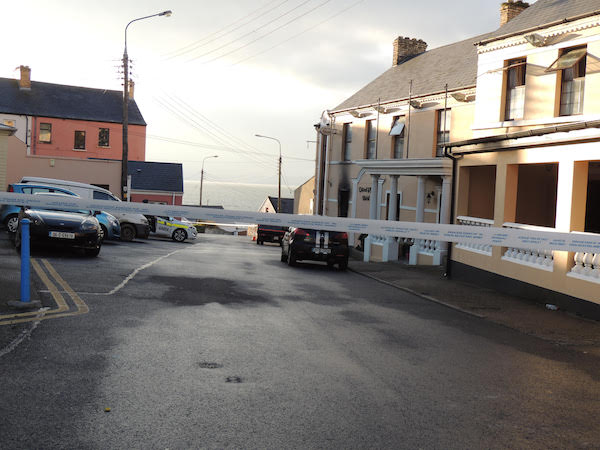 Second attack at Donegal hotel due to house asylum seekers

An investigation has been launched after an attack on the car of a security guard on watch at a Co Donegal hotel which was firebombed recently.

Extensive damage was caused to the Caiseal Mara Hotel in Moville recently after it was attacked by arsonists.

The owner of the hotel, Ciaran McKenna, had to be evacuated from the building by firemen.

The hotel is due to house up to 100 asylum seekers in the coming weeks.

In the latest attack, a brick was thrown through the rear window of a car being used by a security guard outside the hotel.

The guard was not injured in the attack which happened just after 10pm.

Gardai have confirmed they are investigating the latest attack. 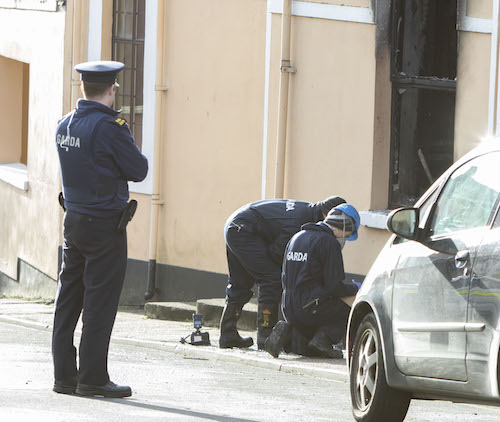 Garda forensic officers at the scene of the fire at the Caiseal Mara Hotel in Moville where 100 immigrants are due to arrive to in the next few weeks. (North West Newspix)

Senator MacLochlainn told Donegal Daily that the people responsible for last night’s attack are not representative of the good people of Moville.

He said that while the incident must be condemned, the anger felt by members of the community cannot be ignored.

Senator MacLochlainn said: “The Department of Justice has treated the people of Moville with contempt. That needs to be addressed. There has been no consultation over bringing 100 asylum seekers to the town which has a population of 1,300.”

Mr MacLochlainn said the Department of Justice must accept responsibility for what is happening in Moville.

He said: “A handful of people are engaged in actions that must be condemned, but the vast majority of people in the community have legitimate concerns and have been treated very badly.

“The Department officials made the deals and are taking advantage of good local people who will take in the asylum seekers.

“The fundamental issue here is that Direct Provision is a terrible system. Sinn Féin have published proposals showing there is a better way, and that is through sheltered housing at locations not far from Dublin.

“Rural communities don’t have the population to cater for large numbers of newcomers at once.”

Mr MacLochlainn added: “Since 2000, the government has handed over €1.25 billion to private contractors for Direct Provision, rather than us doing it for half the price and giving asylum seekers dignity as they are waiting.

“Under international, we have to receive asylum seekers. But there is a better way. I would be anxious to separate last night’s attack from the legitimate concerns of the community.”