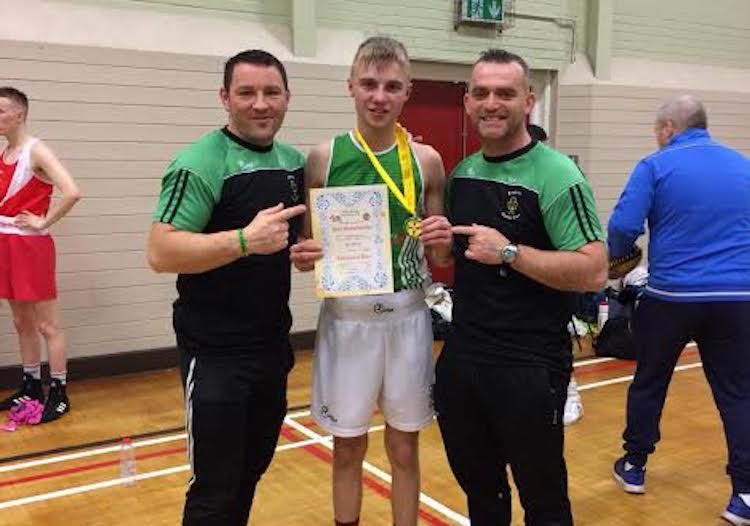 Four Donegal boxers were celebrating final wins at the Ulster 9 County Championships for Boy/Girl 4,5,6,7 at the Shantallow Community Centre.

McGarrell took a narrow 3-2 decision from the judges, though the Raphoe ABC puncher seemed to have had a better grasp of the contest than the result showed.

His club-mate McMonagle overcame Michael O’Donnell from Illies 4-1. McMonagle turned in a fine display to take the Boy 6, 66kgs title.

Wallace took the Boy 5, 70kgs crown thanks to a superb 5-0 win over Conor Donnelly from Rathfirland. Wallace took a unanimous decision win to leave the victor.

Ward-Mulrine left with the Boy 7, 69kgs crown after his opponent, Barney Corcoran, didn’t take to the canvas.

Raphoe man Oisin McHugh had to withdraw from his final against Jack McGivern due to flu.