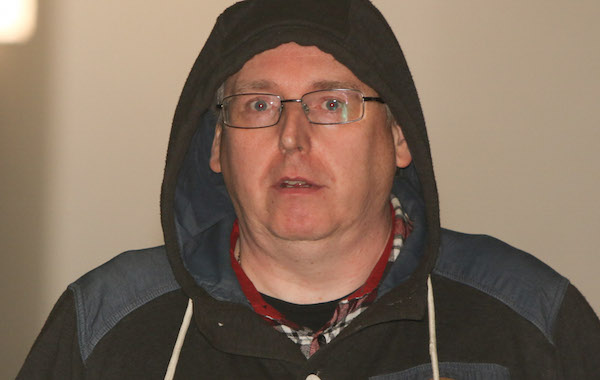 A man stole more than €100,000 from his employer and gave it to men he met online in chatrooms.

Billy Mooney took thousands of euro at a time from The Cope stores in Co Donegal over a period of almost two years.

Mooney appeared at Letterkenny Circuit Court where he pleaded to 18 charges of fraud.

The 52-year-old did not receive a cent from the €102,180 he stole in a complex fraud at the retail chain’s office in the village of Annagry in West Donegal.

Instead, he sent the money to men he had met online in chatrooms.

The men had claimed they desperately needed the cash for a variety of reasons including having sick relatives and also losing their jobs.

Mooney, of St Peter’s Terrace, Dungloe, took the money from the company but managed to cover his tracks before wiring the money by Western Union Transfer to various people he had met online.

However, management at the company, known officially as the Templecrone Cooperative Agricultural Society Ltd (The Cope), were alerted to the fraud when Mooney sent texts to another employee.

Mooney told the other employee that he was in trouble having become caught up in a scam and was in debt to the tune of up to €80,000 and was having to bother the money to cover himself.

Detective Garda John Gallagher, from Milford Garda Station, investigated the fraud at the store which has around 110 employees.

He said CEO of the company, Mark Sharkey, had contacted Gardai believing there had been a major fraud at the outlet.

Garda Gallagher explained how Mooney took the money which was due to be deposited into an ATM machine at the Annagry branch of The Cope where he was located.

However, through a series of cover-ups, Mooney was able to extract various sums of money but made it appear as if they were still on the company books.

In a victim impact statement, company boss Mark Sharkey said the theft had put the company under severe pressure and how they had struggled to survive.

He said a number of key employees had left the company because of the stress and the shock of the ongoing situation at the company and that they also had to spend €16,000 to have a forensic accountant examine their accounts.

He said that during and since the theft, Mooney had never apologised to the company or his fellow workers and that he was out sick for a number of months after the theft came to light.

Barrister for the accused, Mr John McLaughlin said that he got involved in these chatrooms with other men and that in his mind he was in a romantic relationship.

“He was so caught up in this scam that it overrode everything else in his mind.

“When interviewed he used phrases like he was ‘borrowing money’. Not to excuse what he did but it was his twisted belief he was borrowing and not stealing.

“There are no suggestions that he retained these monies himself,” he said.

Detective Garda John Gallagher replied, “I don’t believe that he has gained financially.”

However, the court was told that none of the missing money has since been paid back to the company.

Judge John Aylmer adjourned the case until Wednesday for sentence.