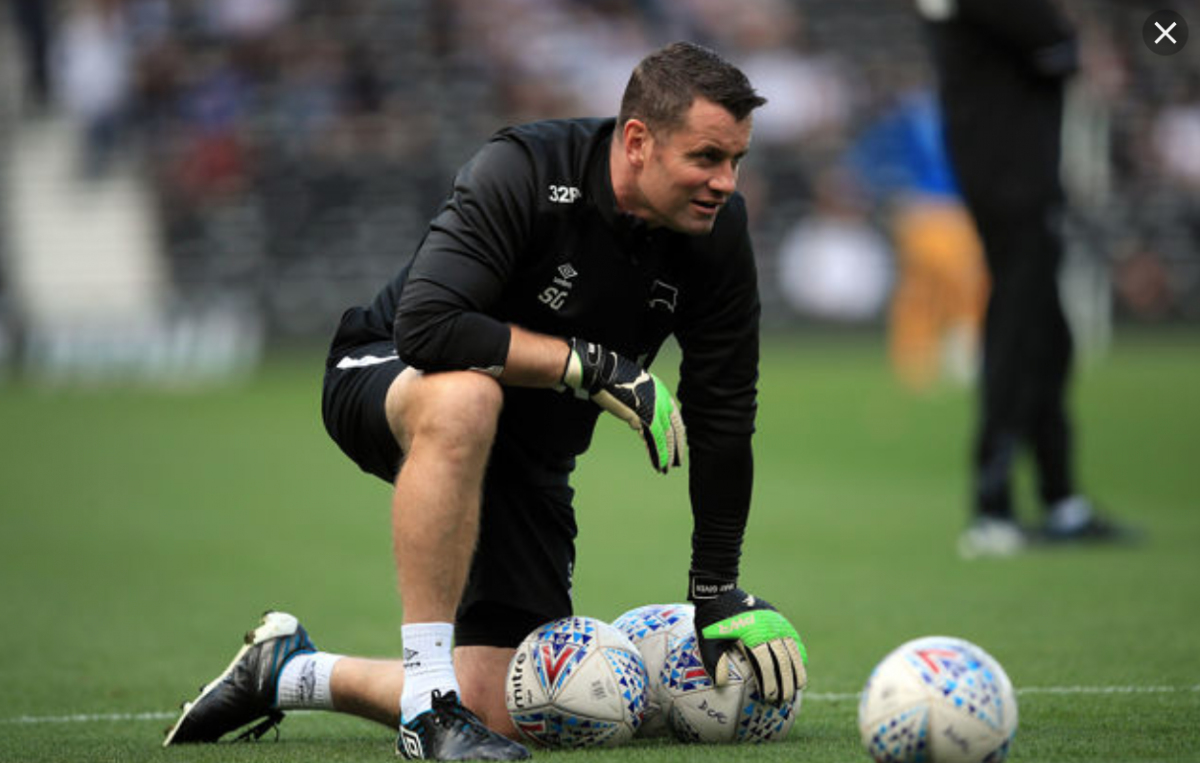 Shay Given is loving life in his new role as a coach at Derby County under the stewardship of former Chelsea midfielder Frank Lampard.

The 42-year-old unstrapped his gloves 18 months ago after 800 games in football.  After leaving his last club Stoke City, the Lifford man had a decision to make: Join a bottom-end Championship or League One side or call it a day.

“I wasn’t thinking it was my last game, no,” Given told the Irish Times. “It didn’t really dawn on me – even when I left Stoke I thought I might go somewhere else. I had a few options at the beginning of last season but it was at clubs struggling in the Championship or in League One. I didn’t want to go somewhere where they’d lost by five last week but it might be three next week cos I’ve gone in. I didn’t sort of want to go out that way, you know?

He chose the latter and hasn’t looked back since. Earning himself his A and B coaching licenses while doing some coaching at Macclesfield Town. Then, while doing TV work and spending more time for the family, an old Premier League competitor sent Given a friendly text. 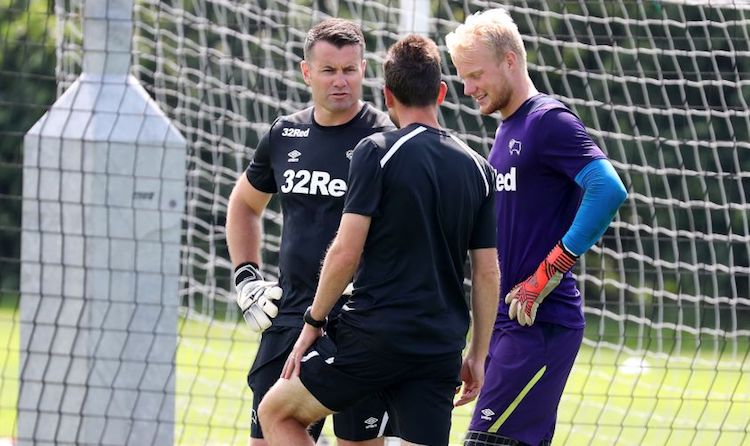 Frank Lampard or Frank Lampard Jnr, newly appointed manager of Derby County had a proposition for the Donegal man.

“It was June-ish,” Given says. “I was meant to be in Spain for a while to tie in with the school holidays. This was the second week. I got the text: ‘It’s Frank here, give me a call.’ I thought he’d the wrong number.

“Now, I knew he’d got the Derby job so it didn’t take a rocket scientist to work out what he wanted to talk about.

“Frank said: ‘I want you to be part of the whole lot, not to be just in a corner with the keepers.’

“I’m doing my goalkeeping A-Licence at the minute – it’s about being part of the (coaching) group. Packie Bonner oversees it for Uefa. I’m doing it in Belfast. He was over here a month ago.

“The B-Licence is how to catch a ball, how to make saves; the A-Licence is more about integrating with the manager and the assistant and putting on a session together.

“Packie spoke to me and the gaffer about being integrated, being part of ideas. We’re in meetings every day as a group and it’s good for me that Frank is open to that. I’ve just started as a coach, I’m learning. I said to Frank that I wanted to learn everything, not just the goalkeeping side.”

The former Blackburn, Newcastle, Man City, Aston Villa, Middlesbrough and Stoke City goalkeeper admits he is unsure about the succession plan involving McCarthy and Stephen Kenny, but he is open and again mentions integration.

“There should be cohesion, there should be a way of playing that applies to the youth set-ups and the senior team, an FAI way. It seems each manager is different. We need some integration. If Mick and Stephen Kenny are planning on working together I think that could be refreshing. 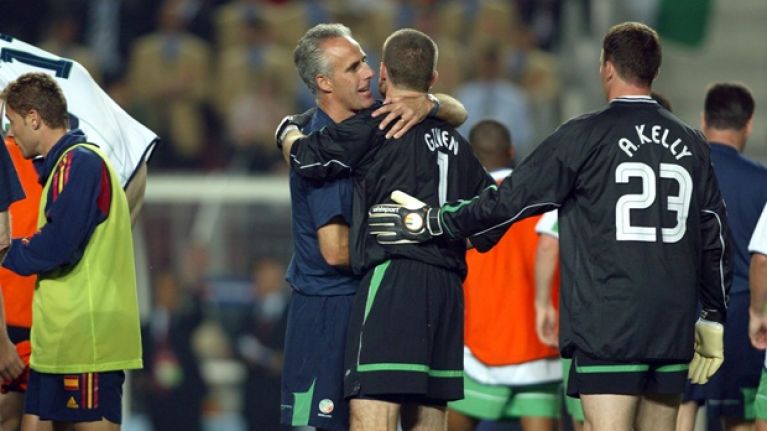 McCarthy called up the 19-year-old Given for his first cap in his debut as Ireland manager.

“It’s gone full circle, hasn’t it?” Given says of McCarthy’s re-appointment. “He got chased out if you remember. I just hope he does well. I texted him on the day and wished him well, nothing major.

“The bottom line is the qualification. The last year has been frustrating and Roy (Keane) and Martin (O’Neill) will know that – the results have not been good enough.

“The draw has been good, could have been a lot worse, and I think there’s a nucleus of a good team there, I really do. If you can get them together, playing in the right way, I think we’ve got a chance.”

Given knows and appreciates Darren Randolph. Of Liverpool’s Caoimhin Kelleher, he says: “I’ve not seen him but I’ve heard about him. There’s a lot of excitement, but he’s at the age (20) where he probably needs to go out and play, similar to myself at that age. Play in front of crowds.”