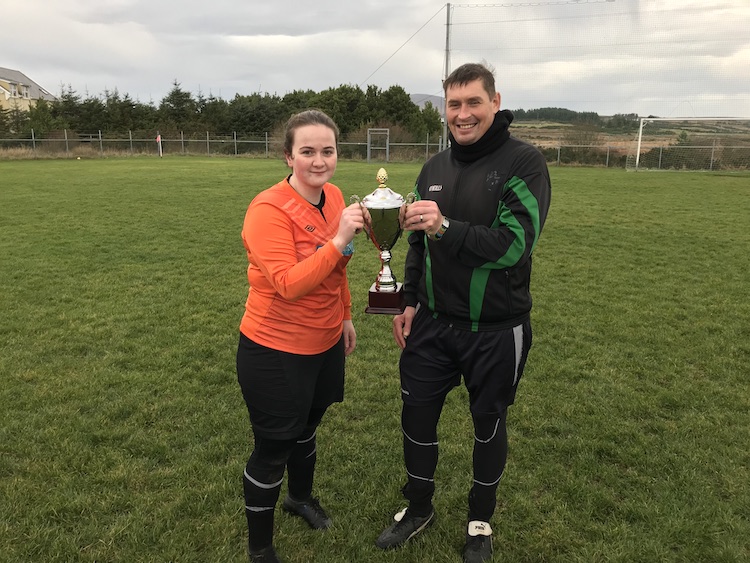 Listen: Now for the All-Ireland – Friel and Mulroy ready to push for more silverware

Keri Sweeney hit the only goal of the game as Mulroy defeated hosts Pobalscoil Gaoth Dobhair 1-0.

“It was a hard game,” Friel admitted.

“The wind wasn’t very much help. We put a good effort in to push on for the win.”

Friel, who plays in the North West Women’s Super League for Bonagee United, was an assured presence for Mulroy, but was relieved to see a late Gaoth Dobhair effort come of the crossbar.

Friel said: “The defence did really well. They got up a good few times. I was getting worried in the nets a few times, but we kept them out. They had one shot that hit the crossbar and we were lucky with that one.”