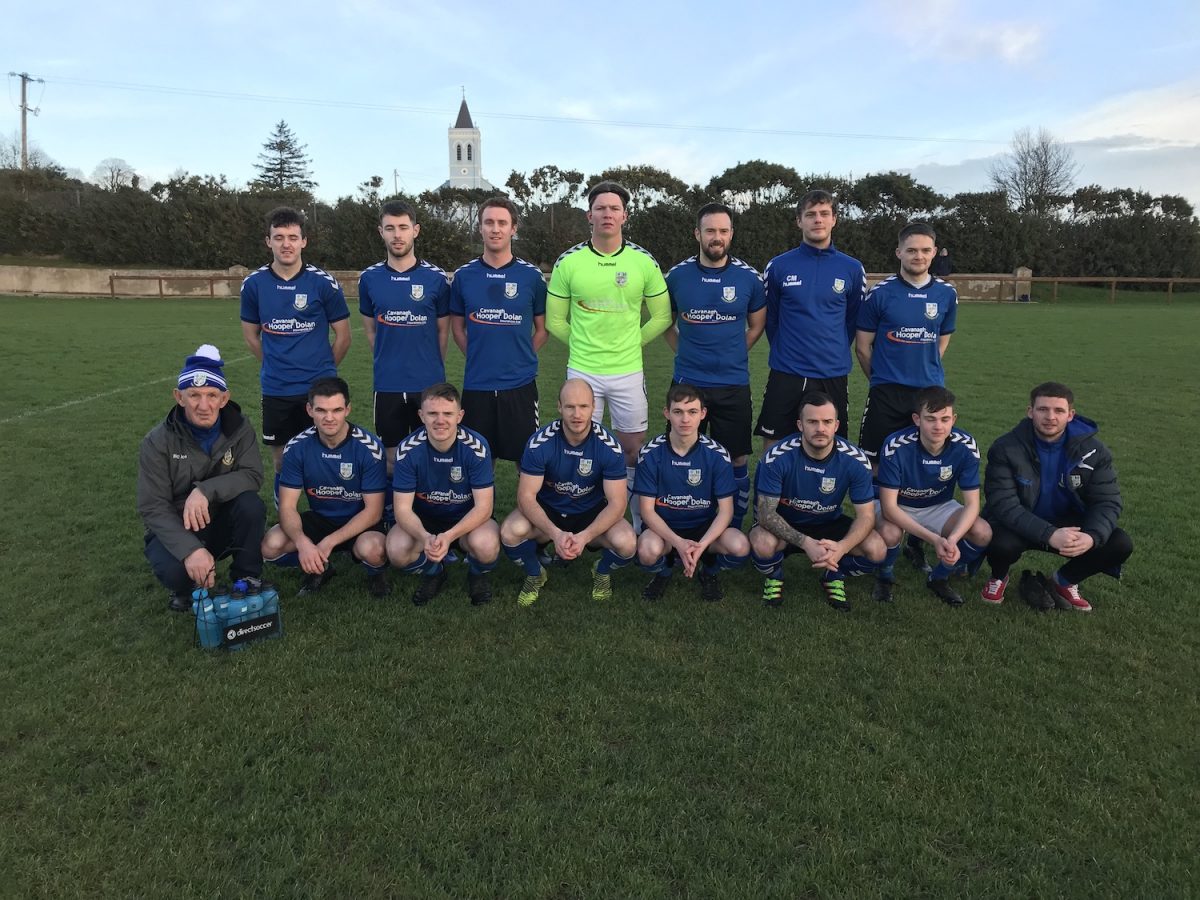 High drama in injury-time secured a victory for Greencastle against Buncrana Hearts as second-half substitute Christy Hegarty seized the victory.

Buncrana started the game quickly against Greencastle but they were caught with a set-piece midway through the first-half to give Greencastle the victory.

An Eamonn Donnelly corner found Jamie McCormick who drilled low towards goal and James Gallagher was left helpless as a slight deflection took it past the goalkeeper.

However, all of Greencastle’s good work was undone after half an hour when Hearts snatched an equaliser.

Excellent work started by Kieran McDaid played a superb pull-back pass for Mark McFadden, his shot found Michael Coyle at the far-post for a tap in.

Buncrana had the better of the chances before the break, with Coyle getting himself into a great position again, but he failed to hit the target from eight yards.

In the second half, Calvin Gallagher should have given Buncrana the lead when McDaid’s cross found him at the far post but he shot wide. It was a great chance for the visitors and Gallagher should’ve done better.

After 58 minutes, Greencastle went on a swift counter-attack with Stephen Grant forcing a great save out of James Gallagher.

Both teams huffed and puffed for large periods of the second spells, with chances following for both in great positions.

McDaid, who was pivotal for Buncrana all afternoon, opened up the Greencastle defence with five minutes left, but John O’Loughlin nodded wide.

With a draw looking likely as the contest entered into injury time, the game on its head in injury time.

In emphatic fashion, Greencastle took the lead when Buncrana conceded possession and after some fantastic integrate play, substitute Christy Hegarty got on the end of Nigel McMonagle’s low cross.

It was cruel on Buncrana, who were excellent for large periods and deserved a point.

With a minute remaining, McDaid almost dragged his team out of trouble with another goal.

However, after flurry of action inside Greencastle penalty area, Gavin Harkin cleared a Buncrana effort off the line.

The victory means that Greencastle stretch their unbeaten run to 15 games.