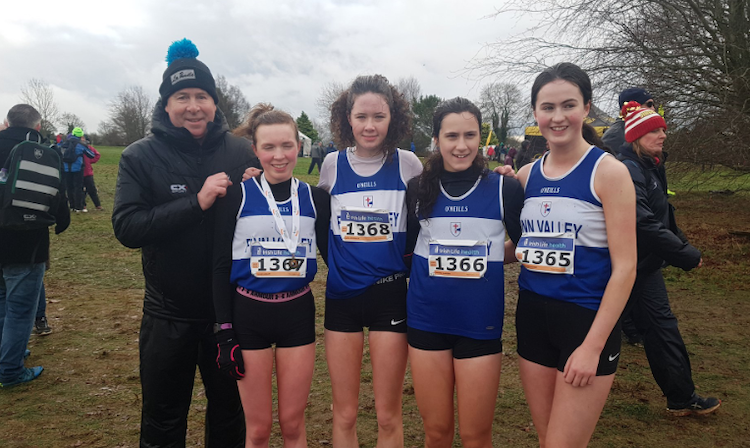 Medals for Donegal athletes at National Cross-Country in Navan

There was some success for Donegal athletes yesterday at the Irish Life Health National Novice and Uneven Age Cross-Country Championship in Navan.

On a nasty day at the Navan Adventure Centre, Inishowen AC’s Sarah Kelly won a bronze in the Under-19 race.

Finn Valley AC took a team silver in the U19 race, with Cassie Lagan leading the charge in 11th.

All four runners, also including Karen Gallagher (20th), Aoife McGrath (26th) and Daniella Jansen (29th), were inside the top 30.

Their silver goes along with their Under-18 bronze medal win earlier in the year.

Elsewhere, Sean McGinley of Olympian AC delivered a strong display in the Under-17 race, finishing in seventh.