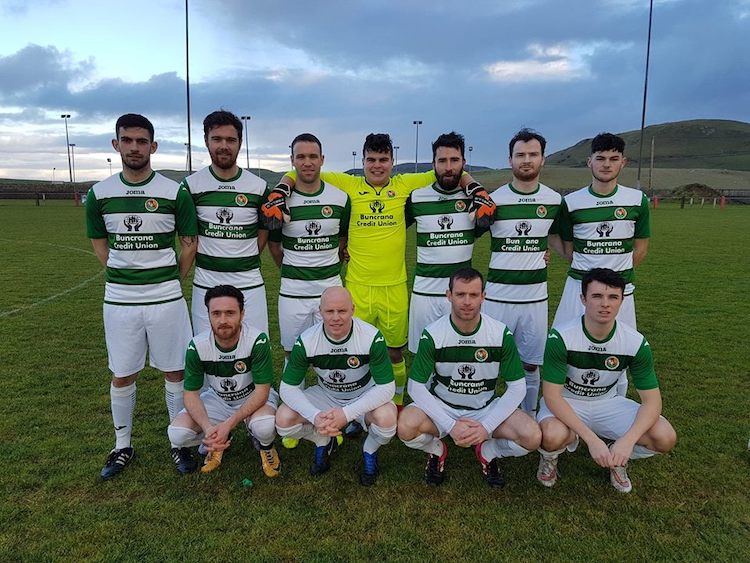 USL – Cockhill move within three points of Letterkenny with away win

Cockhill Celtic closed the gap to Four Lanterns USL leaders Letterkenny to three points with a 2-0 win at Derry City.

A great advertisement for Ulster Senior League football was played in the Brandywell between a young Derry City team and Cockhill.

On 30 minutes, Cockhill broke the deadlock when Gerry Gill sidestepped his marker and his shot took a wicked deflection off a Derry defender to put Cockhill 1-0 up at half time.
Cockhill started brighter in the second half and had Derry pinned back.

Mark Moran hit the bar and Malachy McDermott brought a great save from the Derry keeper.

Cockhill scored their second goal when Laurence Toland got in behind the Drry defence and fired home.

To be fair to the young Derry team, they kept playing away and Sean McBride hit the post from a free kick on the 88th minute.