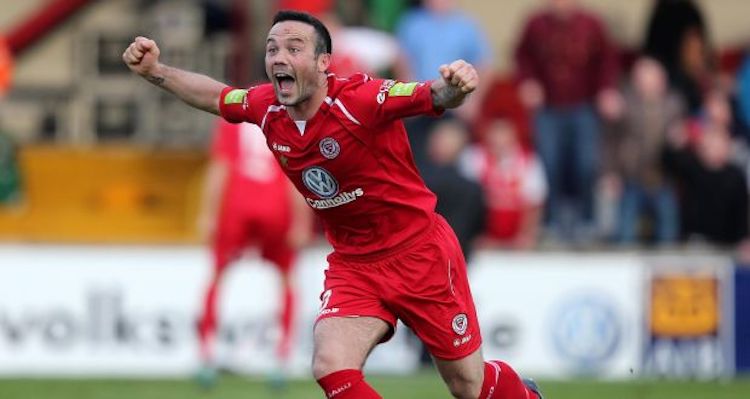 On Thursday night, Harps confirmed the addition of Cretaro to their squad for the 2019 season, when Horgan’s side will return to the Premier Division.

The 37-year-old Tubbercurry man brings with him vast swathes of experience having scored 86 goals in 531 games for Sligo, with whom he won two FAI Cups and a League title.

“I have tried for a number of years to get Raff to come up in his earlier years,” Horgan admitted.

Horgan says Cretaro could be pivotal to Harps’ hopes of surviving next season, with the Donegal side having lost the experience of Paddy McCourt, John O’Flynn and Ciaran Coll.

Horgan said: “Raff has a lot of mileage on the clock, but he has a hell of a lot of experience.

“I think he will add a lot to us on and off the pitch. He could be hugely influential in how the season goes.

“We needed a bit of experience and a different voice. We’re still looking for that little but extra to get us to compete with teams with the better budgets – which is almost all of them.”

Cretaro joins Caolan McAleer – who had a previous spell at Harps in 2017 – Colm Deasy, Daniel O’Reilly and Sam Verdon as the newcomers.

Admittedly Harps are unable to match most of their rivals when it comes to wage.

Horgan says that while he can’t offer full-time football to players, the work won’t differ too much.

He added: “We are training three grass sessions and we do gym sessions in groups. In reality there won’t be too much of a difference, except that ours will be coming in and two hours later you’re gone, rather than the luxury.

Listen to Ollie Horgan’s full interview with Charlie Collins below …