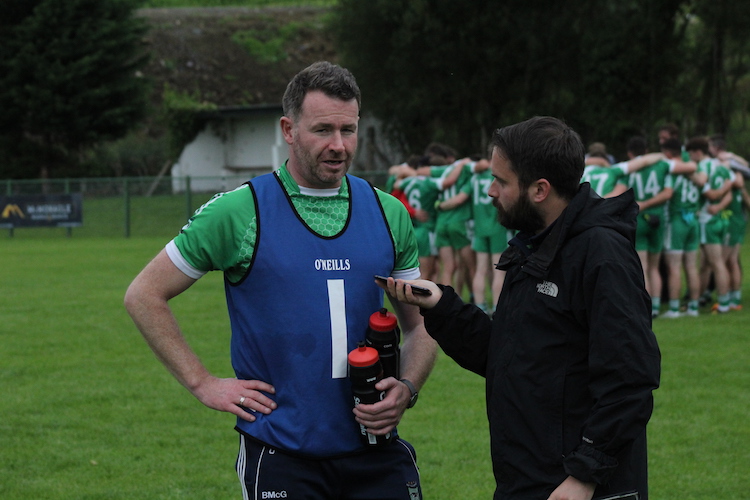 Bernard McGeehan has recruited Damian Devaney onto the backroom team at Sean MacCumhaill for the 2019 season.

McGeehan led MacCumhaills to promotion to Division 1 and to the Donegal SFC semi-finals in 2018, his first year at the helm of the Twin Towns club.

MacCumhaills hadn’t been to the semi-finals in 14 years and they lost out to eventual champions Gaoth Dobhair, while a 13-year absence from Division 1 was ended as the Finnsiders sealed promotion.

McGeehan is back at the wheel and he brings in former MacCumhaills manager Devaney, who was at the club in the 2016 campaign and who was joint manager of the Donegal senior ladies in 2018 as they won the Ulster SFC .

Devaney took up a role at Glenswilly for the 218 Donegal SFC, but is now back at MacCumhaills.

C.L.G Seán Mac Cumhaills are pleased to announce the Senior and Reserve management setups for the coming season. Bernard McGeehan will be spearheading the club’s return to Division 1 after a 13 year absence and joining him once more is Shane McNulty, Damien Bradley, Simon McDevitt, Ruairi “Archie” McLaughlin and new team coach Damian Devaney.

The club would like to put on record its gratitude to departing team coach Paddy Clohessy for the commitment, ability and first class knowledge he displayed working with the seniors and reserves in 2018 and we wish him the very best with his further studies.

Damian Devaney re-joins the club’s senior setup after being at the helm in 2016 and he brings a wealth of knowledge with him having recently managed the Donegal Ladies, who won an Ulster Title and reached the semi-final stage of the All-Ireland.

Shane Duffy will be managing the reserves this year taking over from Ruairi “Archie” McLaughlin who is on duty with the Defence Forces overseas and everyone would like to wish him well. The club would also like to record their thanks to Mark O’Sullivan who put a massive effort into the last 2 seasons with the reserves. Christopher Doherty, Pat McNulty and Martin McLaughlin will also be part of the reserve set-up.

With 2018 proving to be a successful year for the club the management and players took great comfort and belief from the support shown this year from start to finish. In 2019 the task we face is a big one but it is one that the players will work to overcome and they look forward to your support again.