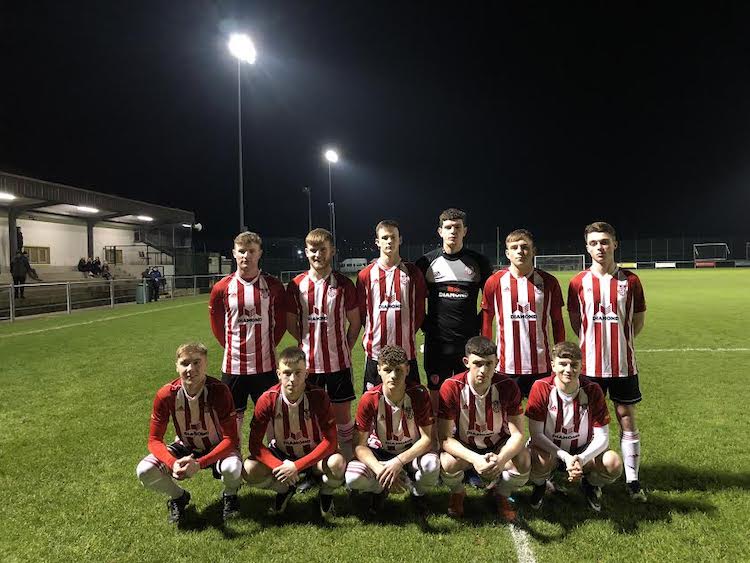 Jordan Armstrong looked to have given Bonagee the perfect Christmas present with a super solo goal, only for Curan to strike right at the death to deny Jason Gibson’s men.

Jack Parke’s dangerous ball into the area, with Bonagee having switched off at the vital moment, created the confusion. Tiarnan McGuinness got to the ball ahead of Bonagee goalkeeper David Tyrell and Curran applied the finish from close range.

There was a stunned silence from Bonagee, who looked to have had things wrapped up.

There were just three second-half minutes played when Armstrong took control of the all in front of the Bonagee dugout. Armstrong set off, keeping control and weaving his way into the box before tucking home with a clinical finish.

Armstrong almost had a second cracker for the night but a wonderful effort in the 61st minute crashed off the goalframe with Daniel Houghton, Derry’s goalkeeper, beaten.

His goal atoned for that moment in the first half when Armstrong, in a one-v-one, couldn’t find a way past Derry goalkeeper Daniel Houghton – and it proved a chance that would haunt Bonagee.

At 1-0, John Quigg’s lively Derry were always likely. Bonagee retreated as the clock ticked and, eventually, the hosts were caught.

Earlier in the season, Bonagee made hard work of a 3-1 win over these opponents, on a night when the sending off of Parke shifted the plates. 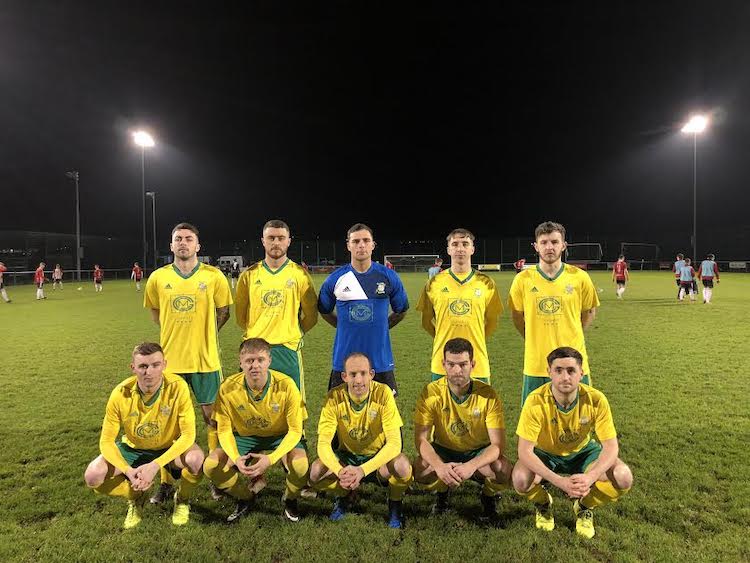 Here, Bonagee had the better of the opening exchanges, but Derry were always lively on the break – as shown by a superb exchange late in the first half.

Ronan McKinley, a Republic of Ireland underage international, invited an attempt from Jack Malone with the deftest of touches, but Malone was just off target.

Moments earlier, McKinley tested Tyrell’s handling with a decent probe from 20 yards, but the Bonagee custodian dealt with it well.

At the other end, Michael Funston warmed the palms of Houghton as Bonagee set about getting an early breakthrough, but they would be left rue that miss from Armstrong.

An at-time feisty first half almost had its opening goal on the half-hour, but the stretching Deano Larkin just couldn’t turn home from Garbhan Grant’s cross.

Bonagee, though, broke the stalemate just three minutes into the second half as Armstrong picked the ball up just inside the Derry half, got off on his slalom and Bonagee looked to be on their way to the win – only for Derry to hit back with the last attack of the night.