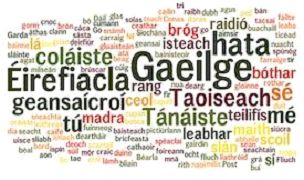 A Donegal Councillor has hit out at the council’s policies towards the use of the Irish language for official council business.

Councillor Mícheál Choilm Mac Giolla Easbuig was speaking after a Special Purpose Committee on Housing and Corporate, which he attended.

While at the meeting, Easbuig spoke in Irish although there was no translation service available.

A number of councillors objected to this and claimed that he was being deliberately obstructive and disruptive.

There were calls from members of the SPC that the Donegal councillor should be ignored.

As well as that, the Councillor claimed that, in the past, none of the councillors on the committee who are fluent Gaelic speakers supported his continued fight for Irish language equality rights.

Easbuig countered those claims, stating that he was merely standing up for his rights as an Irish speaking elected representative for a Gaeltacht area.

He said: “I have been trying to speak Irish at every meeting of Donegal County Council since I was elected four and a half years ago and, while some progress has been made.

“I still have to fight and disrupt meetings to assert my right as a public representative for a Gaeltacht area to speak my native language in my local county council,” he added.

“It is now December 2018, the end of Bliain na Gaeilge and local committees are starting to implement their local Language Plans throughout the Gaeltacht.

“It is also five years since the Language Commissioner, Seán Ó Cuirreáin, resigned because of the hypocrisy of the state’s attitude to the Irish speaking community,” Easbuig said.

“The attitude of council officials and local political party leaders shows that nothing has changed.

“Official Ireland is still saying to the Gaeltacht community ‘Speak Irish among yourselves as much as you want’ but don’t expect to speak it to us.”

He continued: “One hundred years on and I still cannot speak my own language, the first official language of the State, in a County Council meeting without being accused of being disruptive.

“I think we need to stand back from this issue and place it in context. We need less of the mealy-mouthed assertions by politicians of the love of the language and recognition of the importance of the language.

“We now need actions to accept that Irish is a living community language and set up structures that allow representatives to use their language on Council business and encourage other Councillors to use the language to the best of their abilities.”