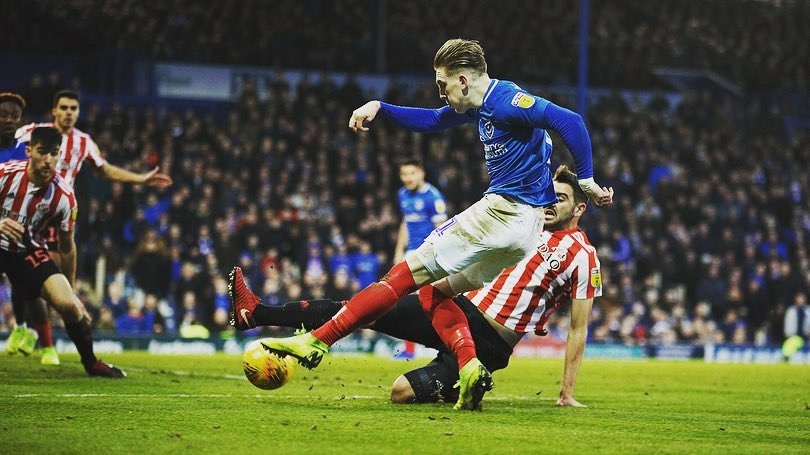 Practice made perfect for Ronan Curtis as his eighth goal of the season helped keep Portsmouth on course for promotion.

Curtis drilled home Pompey’s second goal in a 3-1 win at Fratton Park that means they have a four-point lead at the top of League One for Christmas.

“We’ve been working hard in training all week because it was always going to be tough and we got a great result,” Curtis said.

“There wasn’t a lot in the first half, but we knew we had to be physical and get in their faces, so we dug in deep.”

Gareth Evans put Portsmouth in front before Curtis doubled the lead and, after Luke O’Nien pulled one back, Ben Thompson sealed the win.

Curtis lashes home with his left foot yesterday and the St Johnston man was delighted to see some hard work pay off.

He said: “I normally cut in on to the right, which is my good foot, but I’ve been practicing with my left, so I’m getting stronger.