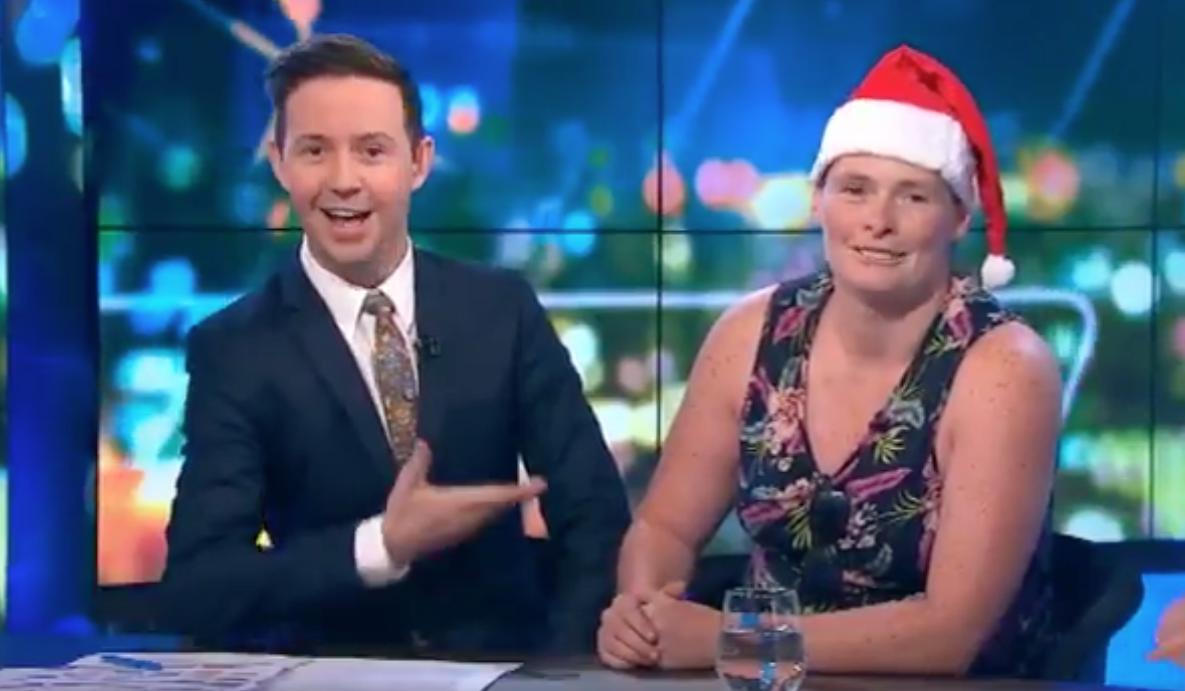 Viewers of a popular Australian TV show had a new presenter for a few moments this morning as a Donegal woman was given her TV debut!

Donegal sportswoman Denise McElhinney, who is currently living Down Under having moved in 2017, joined the presenters of The Project to introduce a segment of the show.

Donegal viewers down under were surely rubbing their eyes after hearing a familiar accent!

Denise, originally from Inishowen, is well-known in Donegal through her sporting exploits with the Donegal ladies and St Mary’s, Convoy in GAA, Bonagee United senior ladies in soccer and the Raphoe Hockey Club’s Ladies XI.

Denise was in the audience for the live broadcast.

Producers surveyed the audience to see where they hailed from. As she was from the farthest away place, Denise was chosen to take a seat on the set – and proved a natural!

Watch out Ryan Tubridy – Denise is set to return to Irish shores in 2019!

You can join us in our audience and maybe even at the desk! Just email: audience@theprojecttv.com.au – see you soon, yeah? pic.twitter.com/TBvLsHnmuY