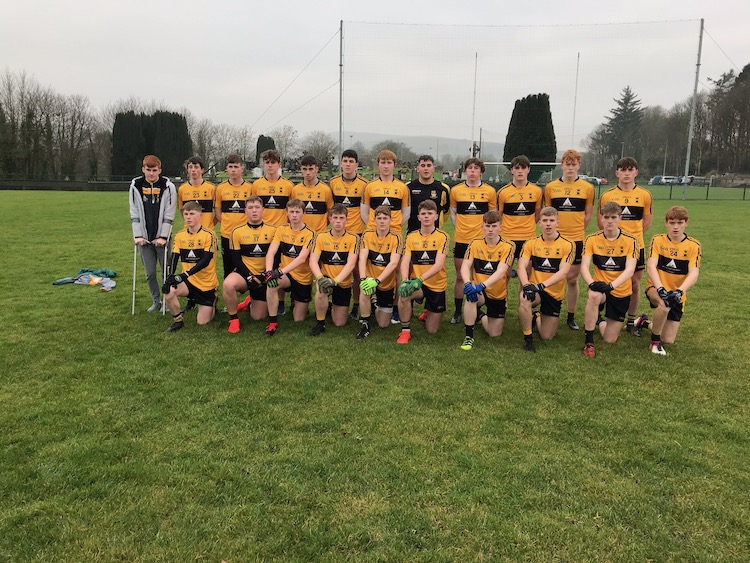 St Eunan’s minors pipped by Bellaghy despite stunning fight back

St Eunan’s minors staged a rousing comeback, but they were pipped at the post by Bellaghy in the semi-final of Ulster Minor Club Tournament at St Paul’s.

St Eunan’s trailed by nine points, 0-10 to 0-1, at half-time, but Pauric Ryan’s men rolled the sleeves up and got to work in the second half.

St Eunan’s comeback was kick-started by Conor O’Donnell, whose goal early in the second half was the catalyst.

Peter McEniff riffled home a second goal for the black and amber.

And when O’Donnell netted from a penalty, the Cathedral Town men were eyeing up a place in the final – only for a trio of late points to give the Wolfe Tones the edge.

Lorcan Spirt hit six points for Bellaghy, two of them in a dominant first half by the Derry champions.

O’Donnell’s brace and McEniff’s three-pointer gave Eunan’s hope, but they were nabbed at the finish.

Bellaghy will face Crossmaglen in the final on New Years Day.