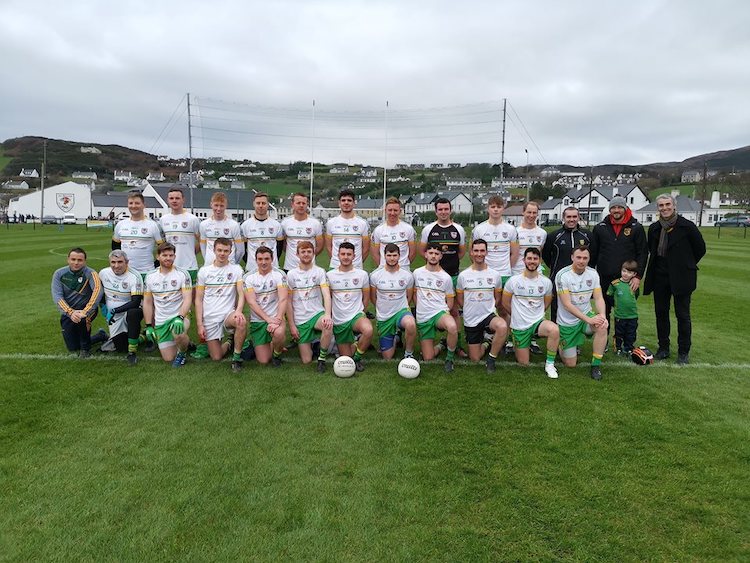 Donegal defeat 2012 Select in ‘Match for Fenny’ in Downings

Lorcan Connor bagged one of the goals on home turf in Downings as Donegal defeated a Donegal 2012 Select in a memorial match for the late Paddy McBride.

The Downings clubman passed away last week following a short illness and the huge crowd that gathered for today’s game was a mark of the esteem in which Paddy ‘Fenny’ was held.

2012 All-Ireland winning manager Jim McGuinness was among the attendance on a day when Connor, one of the players Declan Bonner will give a chance to in the Dr McKenna Cup, scored 1-8.

Connor drilled home in the 50th minute with Jamie Brennan’s goal having given Donegal a 1-14 to 1-4 lead at half-time.

Brennan’s low finish in the seventh minute helped Donegal lead the 2012 Select 1-5 to no score after 10 minutes.

Ryan McHugh made his first competitive appearance following a concussion injury sustained in August while playing for Kilcar against St Vincent’s in a challenge game.

Former All-Star goalkeeper Paul Durcan came on for the 2012 Select and showed that his powers haven’t dimmed. Durcan, now living in Dubai, pulled off two brilliant saves, while one kick-out landed just shy of the opposition’s ’45.

Oisin Gallen bagged the goal for the 2012 Select in the 16th minute.

Local favourite Brendan McGee came on for the closing stages and the Downings man landed the last score with the final kick of an enjoyable outing.