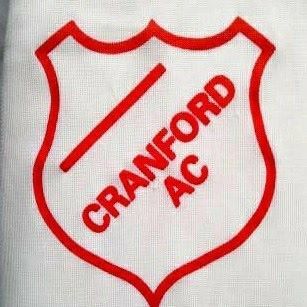 16 dedicated athletes from Cranford AC made the early start on Saturday to travel to the North West Indoor Games at Athlone IT.

Cranford got off to a flying start with Aoife Giles throwing an excellent 10. 60m in the U16 girls Shot put.

This was a new weight of shot for Aoife in a higher level of competition, Aoife demonstrated her experience and came away with a well deserved Gold medal.

Orla Neely competed well in the U14 girls shot again throwing a respectable 7.70 m, which earned her a 5th place in the Competition.

In the boys U16 event, Allan Neely had three great throws but unfortunately, it was not enough to gain a medal position this time.

Teresa Mullen had a great competition today first competing in her favorite event, the long jump, in the U14 category. Teresa won a gold medal jumping a great 4.39m and followed that by winning her 60m heat getting the Indoor season off to a great start.

The athletic club had three entrants in the Girls U12 60 m event, Amy Cullen, Mevagh Mc Bride and Meabh Ni Connell all these girls put in respectable performances in their heats and can be proud of their performances today.

Respectable competition times were achieved by the U14 Girls in their 60m heats with Joycelene Diver, Aine Ni Connell and Teresa Mullen performing well. These girls will gain much from this experience and can build on these times for future events.

Michael Moore put in fine performances in the 60m and 600m getting well placed in both events as there was big entrants in each event.

Oran Mc Menamin competed in the challenging U16 1500m. He finished strongly and it was good to see Oran coming back after injury as he was out for most of the cross country season.

Further medals were gained towards the end of the day with Miah Fletcher gaining bronze in the U12 600m with teammates, Mevagh Mc Bride, Leah Gallagher, Meabh Ni Connell and Amy Cullen having a great race in their heats too.

Finally, Oisin Kelly demonstrated his experience by holding his own in the U16 boys race over 800m and again gaining a gold medal finish.

This was added to Oisin’s earlier achievement in the day of bronze in the 1500m. This is a very good start to the Indoor season coming off the back of his cross country season.

The club teams were disappointed that the relays were cancelled due to time constraints as we always look forward to the team event.

We will keep practicing in preparation for the upcoming inter club relays which will be held in Dundalk in February.

The next athletics event will be the National B Championship in February.

We would like to thank everyone who bought lines for our Christmas hamper Draw which was a big success and a big thanks to our local businesses who let us sell lines outside their shops.